Hello, can I speak to Rob please? Second name Ber 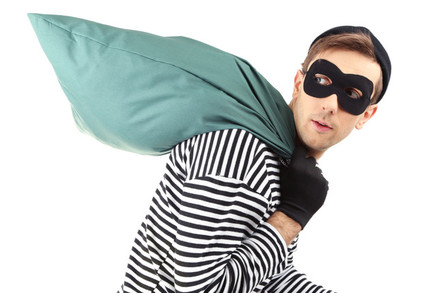 Criminologists have long known petty crooks to be dumber than law-abiding citizens. Throw in some Dunning-Kruger and you have the perfect storm of a moron who thinks they're a criminal mastermind.

They might even do something ballsy like sign sales receipts for purchases made with a stolen debit card as "Thief". No one could be that stupid, could they?

A Pennsylvania court filing has your answer. According to the affidavit of probable cause obtained by The Smoking Gun, a woman last week reported her purse missing after kindly giving a bloke a ride home from a bar.

Her purse was lying in the central console and accessible to her passenger. The victim, Joei Thompson, noticed it had vanished the next day and informed Butler Police Department.

Cops said the card had been used to buy an iPhone 6S for $200 as well as beer and smokes for $42.99. When an officer interviewed the chap who had sold the miscreant the phone, he gave the suspect's surname as "Latimore" and provided them the number activated on the device. They were also shown the sale receipt, which the affidavit said "appeared to spell out the word 'Thief'".

Then it was on to Butler Beer and Tobacco, where another sales receipt on the stolen card was signed likewise. The investigating officer checked the police department's database and found one Marc Latimore. Thompson said he matched the description of the chap who she drove home.

A quick phone call to Mr Latimore with that handy number from the store confirmed the date of birth and address the cops had on file.

Job done! Except that after cops filed a six-count criminal complaint accusing the 28-year-old of theft, fraud and receiving criminal property, The Smoking Gun said that they had to withdraw all charges because Latimore had... (dun-dun-duuuuun) been framed.

And he would've gotten away with it, too, if it wasn't for that pesky routine police work.

Ewari Ellis, 36, has now been charged with stealing the card. He gets to enjoy all the counts first filed against Latimore with the addition of "falsely incriminating another person". Genius.

The Register has asked Butler PD how the investigation led them to Ellis. ®