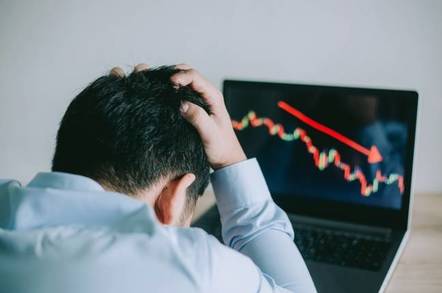 Cisco warned of problems on the horizon as it wrapped up it fiscal 2019 financial results [PDF].

For the calendar quarter, ended July 27:

"Our Q4 results marked a strong end to a great year," Cisco CEO Chuck Robbins said of the numbers. "We are executing well in a dynamic environment, delivering tremendous innovation across our portfolio and extending our market leadership."

Where Cisco took a hit, however, was in its outlook for the fiscal 2020 first quarter. Switchzilla told analysts it only expects to see growth of 0-2 per cent year over year, and EPS will sit between 80 and 82 cents. Both were well short of what analysts had expected from the networking giant.

Cisco also warned that it was taking a big hit in China, where the ongoing trade wars and state-backing for local companies has got so bad that Robbins said his company has been "uninvited" and frozen out of bidding for deals with telcos in the Middle Kingdom.

"For years we have sold infrastructure to the large carriers in China, and for years that has been declining," Robbins told analysts on an earnings call. "This was a much faster decline of what we candidly expected."

Referring to business in China, He added: "We’re being uninvited to bid. We’re not being allowed to even participate anymore."

The disappointing outlook and grim picture in China sent Cisco's stock into a tailspin Wednesday afternoon. Switchzilla shares were trading after hours at $46.60, down nearly 8 per cent. ®