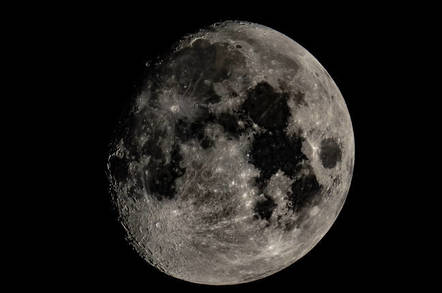 India's Chandrayaan-2 probe is on its way to the Moon after completing a final orbit-raising firing of its engine overnight.

The firing of the probe's engine occurred at 2051 UTC on 13 August and lasted for approximately 1,203 seconds, according to officials for India's space agency, ISRO.

Here's the view of Control Centre at ISTRAC, Bengaluru pic.twitter.com/dp5oNZiLoL

The manoeuvre has put the probe on a Lunar Transfer Trajectory (words to send a shudder of nostalgia Apollo fans, remembering that spacecraft's Trans Lunar Injection).

A six-day cruise lies ahead for Chandrayaan-2, and the engine will be fired once again at between 0300 and 0400 UTC on 20 August to drop the spacecraft into an expected 118km x 18,078km orbit around the Moon.

Four subsequent firings are planned, culminating in a burn between 1230 and 1330 UTC on 1 September to leave the orbiter in a 114km x 128km orbit. That's assuming everything goes to plan.

The three-part spacecraft (consisting of orbiter, lander and rover) has performed nominally following a delayed 22 July launch atop India's GSLV-MkIII-M1 launcher. That delay meant the team has less time to loiter once in the correct orbit.

On 2 September, the Vikram lander will separate from the orbiter ahead of a soft landing on the lunar surface on 7 September.

The 2,379kg orbiter is expected to spend at least a year in orbit and carries a payload of eight instruments, including a terrain-mapping camera derived from the one aboard the Chandrayaan-1 mission, a solar X-ray monitor and a high-resolution camera to detect any hazards at the landing site.

The Vikram lander, with three payloads, including one to measure lunar seismic activity, is only expected to survive a single lunar day due to its reliance on solar power to keep alive. It weighs in at 1,471kg, much of which is propellant for the all-important soft landing.

Finally, should the landing go to plan, the six-wheeled 27kg Pragyan trundlebot will make its way on to the regolith for a 500-metre potter around the landing site over a single lunar day before, like Vikram, it succumbs to the night.

Unlike the lander and orbiter, however, the rover is unable to communicate with the Indian Deep Space Network (IDSN) at Byalalu near Bangalore. It will have to use the lander to relay the results from its spectrometer and spectroscope instruments back to boffins on Earth.

While India's surface mission will end after a single lunar day, China's Chang'e-4 lander and rover are both equipped with radioisotope heater units to keep critical systems alive overnight.

India has already laid claim to be the fourth country to drop its flag on the Moon, after Chandrayaan-1's impactor hit the Moon's south pole in 2008. The Chandrayaan-1 orbiter's mission ended earlier than planned after power supply problems left the spacecraft derelict in lunar orbit.

Chandrayaan-2 will allow the country to add "soft landing" to its list of lunar achievements.

If all goes well, a third Chandrayaan mission is on the cards around the time NASA hopes to send its first astronauts in more than 50 years to the lunar surface. Chandrayaan-3, should it go ahead, could take the form of a sample return mission to the Moon and add greater international involvement. ®