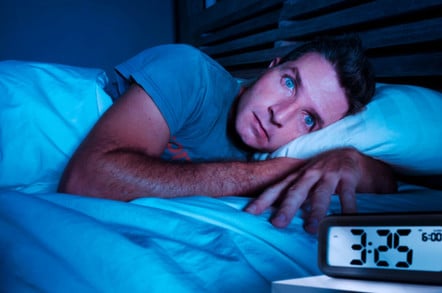 The majority of video games devs do long stretches of unpaid overtime, and bullying and harassment is rife within the sector, according to a survey by entertainment trade union BECTU.

Games workers from across the UK described the sector's notorious "crunch working" – clocking up to 80 hours per week for six-week periods, with regular demands to work 12-16 hour days and through weekends prior to the release of games.

But the survey of 350 workers found 80 per cent regularly undertaking overtime for free.

Bullying and harassment were also widely reported (57 per cent), with 70 per cent of those saying nothing is being done about it. Meanwhile, 53 per cent said long hours have had a negative effect on their personal or home life.

There are nearly 50,000 games workers in the UK, with the industry estimated to be worth £3bn.

The sector has recently come under fire for its poor working practices and an independent union, Game Workers Unite, sprang up last year in response.

Last year Rockstar was forced to defend its working conditions after its British co-founder, Dan Houser, described the 100-hour weeks prior to the release of Red Dead Redemption 2 in October.

Alex Sobel MP, chair of the All Party Parliamentary Group for video games, said: "The UK video games industry is undeniably dynamic, highly creative and an extremely profitable sector of our economy. But behind scenes, there are workers, many of them highly skilled, who feel undervalued, under-compensated and exploited. It's time that Parliamentarians start applying the same level of scrutiny to employment practices in the video games sector as they would any other."

One worker quoted by BECTU, who did not wish to be named, said: "There is no time for personal growth under long hours; you get home from work and you have time to feed yourself and clean the house and then if you want to get enough sleep to do your job right, it's straight to bed. Your weekend is spent doing nothing to recover. And that's me as a single person, no dependents. Work has to get all of me, then chores, then what's left of that has to be diced up between friends and family. How do people with children do it?"

Philippa Childs, head of BECTU, said: "While the gaming industry is being hailed as a success for the UK economy, the cracks are very visible and it is clear this success is coming at a great cost to the workers who have built it from the ground up.

"This success has not been without the sacrifice of a dedicated workforce who are yet to reap the benefits, being forced to work under stressful and oppressive circumstances to get games to market.

"We urge employers to take action if they want to sustain their economic success as productivity, employee morale and retention can only occur when you treat your workers fairly." ®