It's heads you win, tails you lose as Microsoft introduces CoinFlip™ for Windows 10

Hey, Insiders! Do you feel lucky? Well, do you? 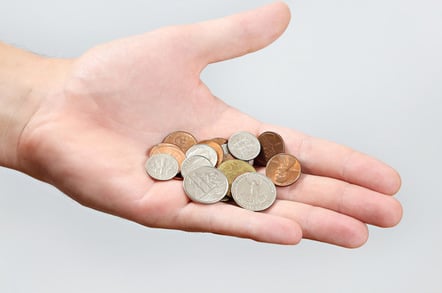 Microsoft emitted two fresh builds for October's Windows 10 last night, although which one you'll get depends on your current build or, for new Insiders, a "virtual coin toss".

The company had previously warned that it would be shipping the updates that will become the 19H2 release with features turned off by default. It could then test turning them on in a controlled manner.

Oh, and those in the 18362.10012 group will also have features from the previous release, such as they were, turned off as well.

One more thing: if you're new to the Windows Insider programme and coming from the May 2019 Update, it'll be "a virtual 'coin toss' as to whether your PC gets features turned on or turned off".

Confused? Certainly, it's a frustrating step up from the Windows Insider team's traditional habit of staggering the rollout of new features and a little unfair on the enthusiasts expected to test this stuff. A volunteer Windows Insider would be forgiven for expecting to able to opt in or out rather than be subject to a virtual Dona Sarkar or holographic Brandon LeBlanc flipping a coin somewhere.

That said, there isn't too much to get excited about in this build. The ability to create events from the calendar flyout in the taskbar has been added with inline options for time and location. The gang has also improved battery life and power efficiency for "certain processors" as well as implemented a rotation policy to distribute work more fairly over a CPU's "favoured" cores.

Windows 10 19H2 is expected to arrive as a relatively minor update in October, an approach to be welcomed after the last year's fiasco. ®