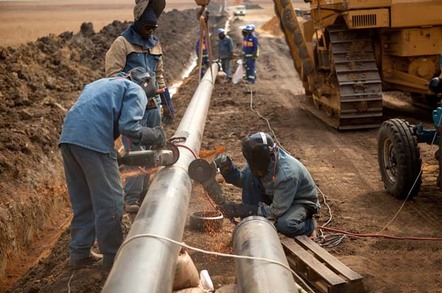 The move recognises that there is a world beyond Linux, Docker and macOS (at least as far as CircleCI is concerned) and with an awful lot of developers building on Microsoft's OS, there's gold in them there source files.

Those that prefer their pipelines firmly on premises will, however, be disappointed. Product manager Alexey Klochay told us that things were cloud-only for the time being.

The company has some competition on its hands in the Windows CI/CD world, with the likes of GitLab and AppVeyor CI springing effortlessly to mind. For the former, Klochay remarked "they don't currently support MacOS for cloud."

GitLab, of course, might point to GitLab Runner combined with MacStadium as a way of achieving the delight of a Mac-in-a-cloud.

And the latter? "no MacOS support" commented Klochay.

CircleCI, on the other hand, now allows developers to pick and choose any or all from Linux, MacOS and Windows. Jobs then run across multiple platforms on a single workflow, meaning, in theory, more flexible pipelines.

The gang gave a nod to Microsoft's efforts to re-engage with the developer community and the billions spanked by the company in order to get coders back onto Windows, although the current darling of source wranglers, Visual Studio Code, is resolutely a cross-platform affair.

No mention was made of Microsoft's own take, Azure DevOps, amid the flinging of developer love.

Indeed, Klochay told us "Azure currently offers limited optimizations, they aren't as developer focused and CI/CD is one product of many."

The Windows jobs, which include all the usual CircleCI features such as caches, workspaces, approval jobs and contexts, are present and correct as well as a user interface. The jobs themselves run isolated in their own VM with environments created when needed and destroyed when the job is complete.

There is, of course, also support for Docker-based Windows workflows.

San Francisco-based CircleCI was founded back in 2011 and currently lays claim to running more than 30 million builds per month having trousered over $115m over the years. The move to add Microsoft is due to "an influx of interest from customers to build projects on Windows" according to chief technology officer Rob Zuber.

So you've no one else but yourselves to blame. ®

How much cheese does one person need to grate? Mac Pro pricing unveiled

El Reg checks all the boxes. Dell: 'Hold my beer'

Microsoft launches its own 'so.cl' network

Low-profile So.cl was an experiment, not a flop. Promise

Don't pay the miscreants – don't even fix a price

The NSA's hiring - and they want a CIVIL LIBERTIES officer

In other news, the Spanish Inquisition want an equal opprtunities officer