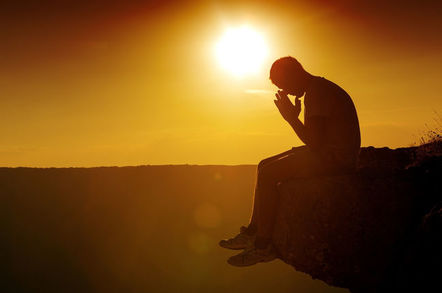 The 45th Space Wing has a busy few days ahead of it as the team prepares for launches from SpaceX and ULA less than 48 hours apart from Cape Canaveral Air Force Station.

Stationed at Patrick Air Force Base in Florida, the unit is responsible for the operation of the Eastern Range and launches of Atlas, Delta and, of course, Falcon vehicles from the Florida launchpads.

It also issues launch weather forecasts, useful for spotting nuggets of information when the rocketeers themselves are less than forthcoming (yes, we're looking at you, SpaceX).

Those forecasts indicate that the outfit will be enjoying a challenging week, having given approval for a 2253 UTC launch for SpaceX's Falcon 9 today followed by a 0944 UTC liftoff of ULA's Atlas V on 8 August.

The last time Cape Canaveral saw such a rapid succession of launches was back in 1981, when a Delta launched the GOES-5 weather satellite from LC-17A on 22 May and an Atlas sent up an Intelsat communications satellite from LC36B the following day, according to astronomer and maintainer of breathtaking amounts of rocket boffinry Jonathan McDowell in response to a tweet from Spaceflight Now's Stephen Clark.

The launch towers of LC17 were demolished last year and the legacy Atlas gear at LC36 destroyed between 2006 and 2007. Blue Origin has subsequently leased the latter pad with an eye to launching its New Glenn rocket.

This week's launches will take place from SLC40 and and 41 with SpaceX and ULA taking turns respectively. The pads are less than two miles apart, and both rockets should roll out to their pads today.

SpaceX will, of course, be having another go at launching Spacecom's AMOS-17 with a window for launch that opens at 2253 UTC today and closes at 00:21 UTC on 7 August. The communications satellite will require all of the Falcon 9's performance, so the first stage (already used twice) will not see re-use a fourth time.

Should things go well, AMOS-17 will be deployed at the 31 minute 55 second point to enjoy a 20-year orbital life. Quite a bit longer than poor old AMOS-6.

That wide launch window will come in handy, since at present the 45th Weather Squadron reckons there is a 60 per cent chance that weather will stop SpaceX's fun. With the range needing to be reconfigured for Thursday's Atlas V launch, a scrub could result in a wait until after ULA's finest has got off the ground.

The 551 is a beast with five solid rocket boosters surrounding the central Common Core Booster (CCB). It was first used in 2006 to send the New Horizons probe to Pluto before seeing service in 2011 to send Juno to Jupiter. It has since seen service as a launch vehicle for military communications satellites, with this week being no exception.

The payload, the fifth in a series of Advanced Extremely High Frequency (AEHF) satellites for the US Air Force, will mark the 10th mission for the Atlas V 551.

ULA stands a better chance of the weather allowing it to launch than SpaceX. The forecast currently only calls for a 30 per cent chance of clouds interfering with things during the two-hour launch window, which opens at 0944 UTC on 8 August.

If all goes to plan, however, rocket fans on Florida's space coast should be in for treat. Even without SpaceX's party trick of returning its rocket back to Earth for re-use.

With additional commercial companies (such as Blue Origin) preparing to get in on the fun, such quick-fire launches may become more commonplace as the years go by. ®