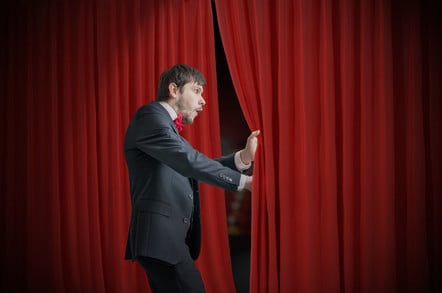 Microsoft continued its breakneck pace of Windows Terminal development with a major update to its open source command line baby over the weekend.

The very-preview code has hit 0.3, and we took a look at version 0.3.2142.0, which can currently be found in the otherwise moribund Microsoft Store. The release can also be picked up on GitHub if downloading from the Store just isn't your thing.

Two changes will grab the attention of new and old users alike.

The first is cosmetic and represents a tidying up of the interface. It's a small thing, but significant: the icon to add a new command shell tab along with the profile drop-down has been moved to the right of the last tab. It had been previously shunted to the far right of the title bar of the window.

It's more consistent with how browsers such as Chrome or Chromium Edge work so feels a good deal more natural.

While we're not sure that the Settings screen (such as it is – more on that later) really belongs in the drop-down menu beside the Add button, that menu does include an additional feature to please the faithful – the Azure Cloud Shell. The Windows Terminal already supported the likes of PowerShell, WSL and good old-fashioned cmd, so adding the Azure Shell is a logical step.

Setting it up is a simple matter of giving a code to Microsoft's cloud services to authenticate the session and selecting a tenant to be dropped into the world of the Azure Command Line Interface.

It is at once impressively slick and a little clunky. There's a certain joy to be had in manipulating one's Azure resources from a tab in the Windows Terminal, but an occasional keyboard entry lag and a proclivity to lock solid if ignored for a few minutes belies the very early preview nature of things.

"Slick but clunky" is a handy phrase to use to describe the rest of the update. Accessibility improvements abound along with tweaks to key bindings. Console jockeys have yet more customisation options, including the ability to define the tab title of each profile, but it doesn't take a lot of prodding to discover the team isn't joking about "preview".

While it is now possible to move the window around by dragging from anywhere on the title bar, resize that window and marvel at how tabs are hidden with no indication that more may be lurking on the right. If you're very lucky, Windows Terminal may simply fall over in shock at such shenanigans.

And, quite frankly, one shouldn't have to carefully edit a .json file in order to take advantage of those lauded customisation features.

However, and we cannot emphasise this enough, this is a self-confessed preview indicating where Microsoft is going with its terminal tech, and so it can be cut plenty of slack for the time being. While it is clearly not production-ready, that tabbed shell remains hard to resist, customisation fiends can spend happy hours tinkering with the interface and Azure CLI fans will enjoy the cloud connector.