Or: yet more uses for CD trays in racked servers 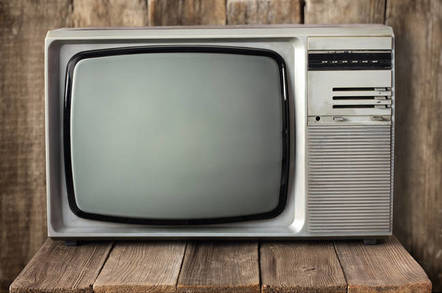 Who, Me? The weekend is over, but for some, the knuckle-chewing over a decades-old event still goes on. Welcome to Who, Me?, The Register's confessional for misdeeds and mishaps in the IT world.

Today's tale comes from a reader we shall call "Ivan", who told us of the time he learnt an important lesson regarding the use of CD-ROM trays.

Ivan was working for a large computer manufacturer back in the 1990s and, along with much of the industry, "had been preparing for the imminent 'End of the World' that was due to occur on the 31st December 1999."

Ah yes, the Y2K bug. Something that still leaves consultants misty eyed to this day as well as inducing nervous tics in those charged with actually fixing the thing.

Ivan continued: "We had several racked test boxes [in] one of our labs upon which we had been testing several updates and patches for both Windoze and Lotus Notes." Ivan described the environment as "NT4 Server, with a healthy mix of Netware 4 NDS."

Sensibly, Ivan's team had been checking things prior to going anywhere near production, and "having been thrashed with various updates and rollbacks, I was tasked with rebuilding the primary Notes test box with our current dev build."

All simple stuff. Ivan shut down the test NT4 Server and waited until Microsoft's finest told him it was safe to kill the power.

"I pressed the power button."

The expected reduction in decibels happened as the server whirred its last. However, Ivan and the lead Notes administrator noticed something a bit odd.

"The message remained on the screen.

"We both stood, stared at the screen for what was probably milliseconds before she started gibbering and breaking out into a cold sweat."

Some fiend of humanity, the very definition of a BOFH, had opted to rack the test box next to the primary Notes server and, well, you can probably guess what Ivan had done.

Picture the scene – multiple users around the country (possibly the world – this was, and is, a very large, multinational PC maker) suddenly began seeing random error messages on their screens.

Ivan had turned off the wrong server, and both Windows NT4 and Notes do not take kindly to having power suddenly pulled without being asked politely first. Would things have been corrupted by the unplanned downtime? Would a panicked hunt for back-ups be needed?

The fates were with Ivan, and a jab of the power button restored service as the software recovered from the abrupt shutdown, much to his relief and that of the Notes Administrator.

However, "my name was briefly noted at the highest levels of the organisation." Probably quite loudly and in answer to the question "who was the idiot that..."

For Ivan, the lasting takeaway was: "I learned to open the CD ROM drive of a box before powering off, just to ensure I had the right one."

Ever had that sinking feeling when you realise you've been a bit silly just as the fans of the wrong server server spin down? Confess all via the medium of email to the understanding Vultures at Who, Me? and purge your conscience. ®

Netscape plugins about to stop working in Chrome for Mac

Google kills off 32-bit Chrome, only on Mac

Netscape Navigator - the browser that started it all - turns 20

It was 20 years ago today, Marc Andreeesen taught the band to play

Andreessen Horowitz still has a stake in social network