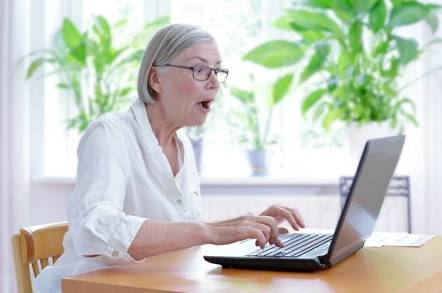 Roundup While many prepared for a well-earned August holiday, the Microsoft purses were a-flapping and keyboards a-clacking last week. Join us for a round-up of the stories that you might have missed.

Redmond gets its claws into BlueTalon

With an eye to data compliance and security, Microsoft snapped up governance boffins BlueTalon last week. The move will see the BlueTalon gang join the Azure Data Governance group and Blue's technology absorbed into Azure Data.

While the terms of the deal were not disclosed, the acquisition makes sense as part of Microsoft's efforts to persuade the guardians of Big Data that it can be trusted and Azure should feature in their upcoming spending plans.

BlueTalon is all about controlling access to data in enterprise environments such as Hadoop. Policies set in the tool can go down to the column, row, cell or partial cell level to "empower business users and developers to gain access to the data they need, not a byte more."

The Redwood City, California-based company was founded in 2013 and, according to Crunchbase, had trousered $27.4m in funding, with $16m poured into its coffers back in August 2016 in a Series A round led by Maverick Ventures.

Somebody needs to have a quiet word with Microsoft marketing

Following on from the buttock-clenchingly awkward Office 2019 "twins" adverts of February comes a new 30-second advert that we hope against hope is parody and not an actual thing.

Depressingly, it appears to be the latter. A company representative told us: "the ad is Microsoft's".

The advert features a chap called Mackenzie Book (Mac Book – geddit?) who demonstrates that Microsoft still has a colossal chip on its shoulder about that whole Apple thing users really should buy one of the unloved Surface Laptop 2s ahead of a MacBook. In this case (to save you squinting at the small print) a MacBook Air.

Perhaps not the fairest of comparisons.

Naturally, the Surface device wipes the floor with its Apple counterpart, but the whole thing smacks a little of lingering resentment over Cupertino's "I'm a PC" hipster-bait of years past.

Regardless of the toe-curling nature of the ad, we must commend Microsoft for tracking down a chap with a name suitable for the "Mac Book says get a Surface Laptop" tagline. Presumably Apple are frantically pestering the British monarchy to issue a gong to a member of the 1980s A-Team in order to create the tortured "Sir Face says get an iPad Pro".

No, it doesn't quite work. And neither, sadly, does the campaign.

Microsoft Windows Insider software engineer and community manager, Jen Gentleman, was quick to share the excitement. And it wasn't just the Always On Top mode, a Compact Mode was there too to stop the thing being quite so in-yer-face.

Except, er, maybe it wasn't.

Microsoft VP and Technical Fellow, Laura Butler, weighed in by tweeting, "I don't wanna rain on the parade" and then did exactly that by pointing out that good old calc.exe had the topmost functionality back in 1994. "It just broke somewhere over the next 25 years."

One can but hope if Microsoft is rediscovering things it had, and then lost, then perhaps Windows Phone or Media Center might be due a renaissance. Or, heaven forbid, Microsoft Bob.

Butler, of course, was a developer during the Cairo and Windows 95 years and is a frequent contributor to Microsoft's Channel 9 One Dev Question thread.

Every developer's best friend: Sample Code (but not MSDN magazine)

Those who still fondly remember the era of MSDN CDs that arrived in the form of a seemingly never-ending stream of mostly useless silver discs, apart from that one crucial bit of example code on CD 15, will be disappointed to note that those days took a step further into the past as Microsoft flung open the doors on a one-stop-shop of sample source for the company's products.

Naturally, it's powered by GitHub and users can contribute to the samples by heading to the relevant repo and firing off a pull request. We'd contend that working out just where the bug was in the sample was all part of the educational fun, but times have changed.

While the ability to burn through Azure resources thanks to Azure Resource Manager (ARM) templates is undoubtedly neat, developers have all manner of examples to copy and paste, er, learn from these days.

Still, a bit of rationalisation never does any harm unless the company inadvertently does another "TechNet" and dumps the gold on which many in the community have come to depend.

Coinciding with the sorting of samples, MSDN Magazine announced that November would be the last issue of old Microsoft developer warhorse.

It’s with heavy heart I announce that MSDN Magazine will close after the Nov. issue. For 33 years #MSDNmag and its predecessor (Microsoft Systems Journal) have provided hands-on guidance to Microsoft developers. Read the announcement at https://t.co/QFlK0Exp8v.

MSDN Magazine was wrought into existence through a merger of Microsoft Systems Journal (MSJ) and Microsoft Internet Developer (MIND) magazines back in 2000. It resolutely continued publishing technical content for developers of the Redmondian persuasion while Microsoft itself turned into a very different beast.

Sadly no more. Subscribers can apply for pro-rata refunds while Microsoft plans "to carry on its work through Web channels like docs.microsoft.com" with an archive of back issues available online to remind users of all those "revolutionary" developer technologies the company has cheerfully booted out to pasture over the years.