Ouch. Reinstalling Windows 10 again? By 2020, a 'cloud download' may be all you need 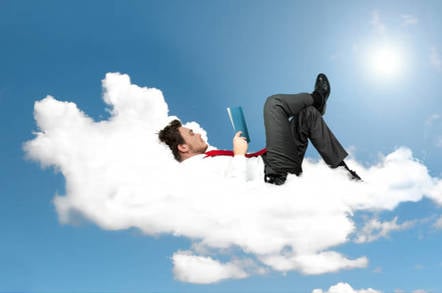 Microsoft responded to speculation that Windows 10 would be acquiring a cloud recovery option – with a terse confirmation in last night's Windows Insider emission.

The release, planned this time rather than accidentally released over all the Windows Insider Rings, was otherwise a tad humdrum if not for some teasing text: "Insiders may notice some references to 'Cloud download' relating to PC reset or refresh."

That would be an understatement. Prior to build 18950, Windows fans had been gleefully picking apart the surprise blurt of last week to see what goodies might be in store. As well as some interface ideas for the Start Menu, some speculated on a few altogether more interesting features.

Infamous poker of Windows internals the Walking Cat noted some messages that implied a cloud download option could be in the works, hopefully meaning users faced with resetting a PC could take the distinctly Apple-like path of having their machine download a pristine copy of the OS from Microsoft's cloud servers rather than scrabbling around for recovery media.

While Microsoft has tried to add reset and refresh options to Windows over the years, sometimes only a "nuke from orbit" will do. Where a handy recovery image is not available, downloading the ISO and flashing to a USB drive can end up being the only, while inconvenient option.

Mac users have, of course, long enjoyed the ability to reset their hardware thanks to downloadable images from Apple. Microsoft has toyed with Cloud Recovery for its Surface line, but this marks a change in tack for the Windows 10 OS itself, which has traditionally seen Microsoft leave it to hardware makers to take care of recovery images.

Alas, it looks like the Windows faithful have a while to wait to see how the implementation will actually work (or if it will remain in 2020's Windows 10) since the gang admits it "isn't available and working quite yet".

The rest of the build was less exciting. Improvements to the snip and sketch tool and Japanese input method editor round out the changes and that pesky anti-cheat code in games? Still causing crashes if the vendor hasn't updated their software.

Still, for anyone (and there are probably quite a lot of you) who have had to scrape the remains of a terminally borked Windows 10 installation off a hard disk and paste something fresh in its place, a function to remove the need for fumbling with memory sticks and ISO images will be most welcome.

Once it finally arrives. ®