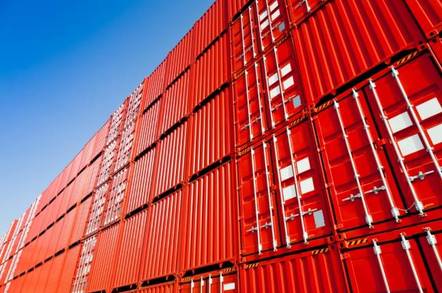 There are many reasons for IBM’s recent purchase of Red Hat, but one of them became apparent today - the Big Blue has announced that it has packed more than 100 products across its software portfolio into containers, designed for Red Hat’s OpenShift.

Linux-based application containers package apps and all of their dependencies into individual virtual environments that can be easily moved between a variety of public and private clouds. This means that potentially IBM’s apps can run as easily on AWS, Azure or Alibaba as they would on the company’s own public infrastructure.

“IBM is unleashing its software from the data center to fuel the enterprise workload race to the cloud,” said Arvind Krishna, senior veep for cloud and cognitive stuff at IBM.

IBM’s containerized software will be bundled into something called ‘Cloud Paks’ - integrating a container platform, IBM middleware and open source components, and common software services for development and management.

The first five Cloud Paks were actually introduced in June, but back then, OpenShift wasn’t a part of the equation.

OpenShift is an application container management platform, delivered as a service, powered by Red Hat Enterprise Linux (RHEL) and Kubernetes. Since Red Hat doesn’t sell any public cloud infrastructure, OpenShift has been vendor-agnostic from the beginning, and features advanced integrations with all major cloud flavours, especially Azure.

Naturally, IBM will argue that its own public cloud, and its brand new fully managed OpenShift service, are the best tools for the job, but it’s good to have options. According to the vendor's own research, 85 per cent of enterprises already operate multiple clouds, and by 2021 it’s going to be 98 per cent.

"We are providing the essential tools enterprises need to make their multi-year journey to cloud on common, open standards that can reach across clouds, across applications and across vendors with Red Hat," Krishna said.

The first Cloud Paks deal with the subjects of data analytics, applications, integration, automation and multi-cloud management. Since we’re talking about cloud software, they will be available on a consumption-based pricing model.

IBM has also announced that OpenShift will be ported to its IBM Z and LinuxONE mainframes, in addition to IBM Power systems that already run Red Hat software. It will support OpenShift and its Container Storage sibling across its all-flash and software-defined storage hardware portfolio too.

We should note that Big Blue has been selling Red Hat OpenStack-based private cloud services since 2017, when IBM Cloud was still called Bluemix, but now the same setup can be deployed in the customer’s own data centre while being managed and operated by IBM. ®