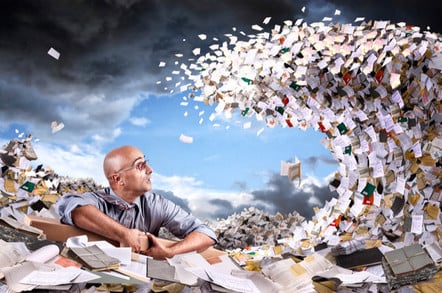 A fresh salvo of emails dug out by Cambridge Analytica whistleblower and Netflix star Brittany Kaiser appear to confirm that the disgraced political consulting outfit carried out work for Brexit-mongers Leave.EU.

The UK's Digital, Culture, Media and Sport Committee – which took evidence from Kaiser and other senior CA staff last year as part of its Disinformation and "fake news" inquiry – published the paper chain today.

In her letter to committee chair Damian Collins MP outlining the content of the messages, Kaiser, formerly director of business development at CA parent biz SCL Group, said: "Over the past many months, I have been going through hundreds of thousands of emails and documents, and have come across a variety of communications that I believe are important in furthering your inquiry into what happened between Cambridge Analytica, UKIP and the Leave.EU campaign.

"As multiple enquiries found that no work was done, I would like to appeal those decisions with further evidence that should hopefully help you and your colleagues reach new conclusions."

Last year the Electoral Commission and Information Commissioner's Office accepted that CA did not perform work on behalf of Leave.EU (PDF, page 43), the pro-Brexit vehicle founded by former UKIP leader Nigel Farage and funded by insurance mogul Arron Banks, mostly on the basis that CA wasn't paid. Based on new evidence she dredged up, Kaiser insists otherwise. She continued:

The fact remains that chargeable work was done by Cambridge Analytica, at the direction of Leave.EU and UKIP executives, despite a contract never being signed. Despite having no signed contract, the invoice was still paid, not to Cambridge Analytica but instead paid by Arron Banks to UKIP directly. This payment was then not passed onto Cambridge Analytica for the work completed, as an internal decision in UKIP, as their party was not the beneficiary of the work, but Leave.EU was.

What follows are some rather damning email subject fields like "FW PRESS INVITATION HOW TO WIN THE EU REFERENDUM INVITE ONLY" and "IMPORTANT READ THIS Leave.EU Update and Arrangements". Awks.

The first refers to "a briefing with the worlds [sic] leading campaigners on how the leavecampaign can win the EU referendum" in 2015 and lists Kaiser as a speaker.

There are also "insights sent to Cambridge Analytica from UKIP in order to help the Cambridge team interpret the UKIP data and survey results they sent for analysis for Leave.EU".

Work by "senior data scientist Dr David Wilkinson, also the data scientist for the Trump campaign" purportedly shows "the groupings and charts that resulted from matching the UKIP membership data to the survey results, in order to build models that identified four key groups of persuadable UK voters to be targeted with Leave.EU messaging."

Perhaps the most interesting is COO Julian Wheatland's mention of "a call with Andy Wigmore today (Arron's right hand man)" in which he confirms that "even though we haven't got the contract with the Leave [sic] written up, it's all under control and it will happen just as soon as Matthew Richardson [UKIP's then general secretary] has finished working out the correct contract structure between UKIP, CA and Leave."

Collins was quoted by The Guardian as saying: "There are important questions to follow up, in particular whether the data sets created by Cambridge Analytica were used in the referendum or other campaigns and if they were, whether or not it was a breach of data protection law for UKIP voter data to be used in this way – that certainly seems to be something that they themselves were concerned about."

The emails can be read in their entirety here (PDF).