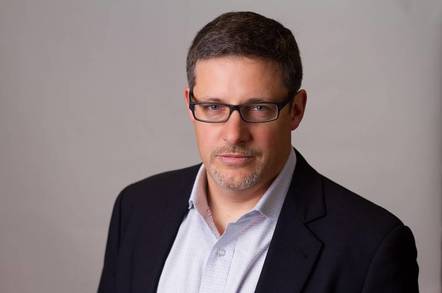 Interview Pivotal CEO Rob Mee is in a talkative mood, waxing lyrical about the transition of its key products to run on Kubernetes – something which has long-term benefits but also costly pain points.

The company confirmed last week that its Pivotal Application Service (PAS), part of Pivotal Cloud Foundry, has been ported to run on Kubernetes and is now available as a private alpha release. There is no date yet set for general availability.

And general availability couldn't come soon enough: Pivotal is right now fending off shareholder lawsuits alleging PAS's lack of compatibility with industry-standard Kubernetes has cost it sales. Early last month, the San Francisco biz revealed it had just weathered a difficult quarter in which it closed fewer deals than expected.

Pivotal Cloud Foundry is a suite of products including BOSH (provisioning and deployment), Ops Manager (a GUI application for BOSH), Pivotal Application Service (a runtime that supports building and running applications with the cf-push command) and PKS (a container service for running and managing Kubernetes clusters).

As a container orchestration platform, Kubernetes will replace Diego, a container management system which is one of the projects of the Cloud Native Computing Foundation (CNCF). Many Pivotal projects build on, or use components from, the CNCF. 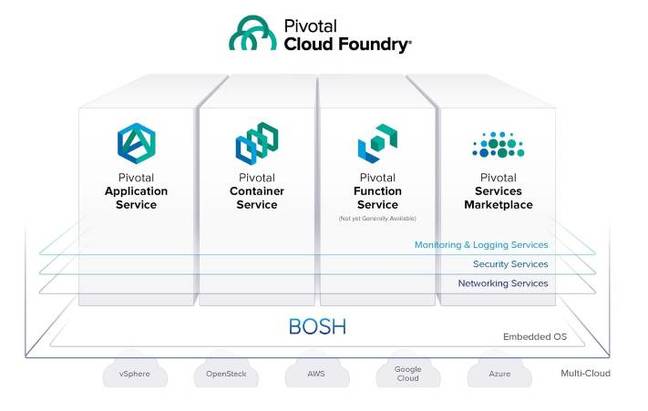 The Pivotal Application Service is now transitioning to Kubernetes

Given that PAS with Diego works well, why switch to Kubernetes? "It's partly perception," says Mee, "in that if we don't do that in the market, we have competitors saying, wow, Pivotal's not on Kubernetes."

There are also better reasons. "As Kubernetes becomes a standard API for infrastructure, and that's the way we see it going, it does make it easier for us to run anywhere that Kubernetes runs. That is going to be beneficial to us."

It is still true that the task of migrating to Kubernetes requires a substantial effort that could have been used to develop productivity features. This is normal, says Mee. "When you undergo a technology transition you inevitably have to devote resources to it. You'd always wish that it could magically happen for free, but it doesn't. We've done this before. We're always rewriting the platform. And some of the transitions take more work than others."

Is there a risk that as the big public providers – AWS, Microsoft Azure and Google Cloud Platform (GCP) – make it easier to deploy and run Kubernetes applications, Pivotal could be squeezed out? "We're not hearing that," said Mee, claiming that customers find that without Pivotal software, "they are missing the kinds of capabilities they have with PAS." This includes the ease of deployment associated with cf-push.

Another Pivotal attraction is multi-cloud, the ability to move applications from on-premises to and from public cloud, and between public clouds. Customers, said Mee, "want multiple vendors in the public cloud, they don’t want to rely on a single vendor like AWS."

Mee told us that "a majority of our workload is still running on-prem. We collaborate with all [the major cloud providers], we have partnerships with all of them, we occasionally compete with them. They love to see Pivotal workloads come onto their platform. We drive more workload to Azure than any other third party. Microsoft loves that. It's a complicated world."

Pivotal trades at a loss but revenue is growing. Having said that, in its report to investors last month, after the release of its first quarter results for FY 2020, the company issued revenue projections that were lower than expected. Shares immediately suffered a more than 40 per cent fall and have not yet recovered. They're currently cruising along at about $10 apiece, five bucks below its 2018 IPO opening price of $15. 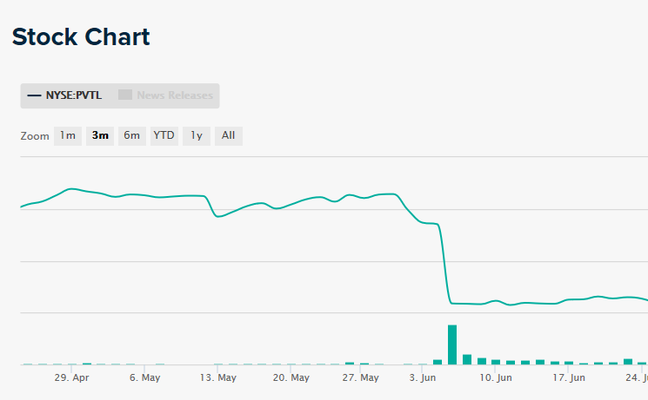 "When you go through a period of technology transition and a few quarters aren't going as well as you'd like, you get a big reaction from Wall Street," said Mee. "Everyone's asking questions and you're asking questions of yourself. But we have a very strong foundation, and I think our services are differentiated and I don't see anything that equals it. Our long-term chances are pretty good."

Transition does come with some pain, then. Will Kubernetes make everything good for Pivotal? That remains an open question. ®