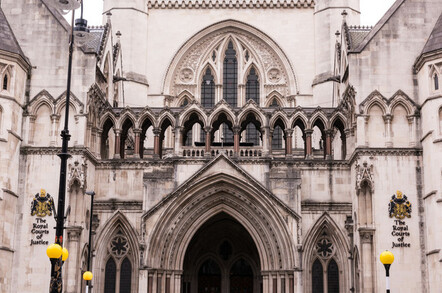 IPA Civil rights campaigner Liberty has lost the latest of its legal challenges against the Snooper's Charter gotta-spy-on-'em-all law, with judges stating the Investigatory Powers Act has "interlocking safeguards against the possible abuse of power".

Lord Justice Singh and Mr Justice Holgate, handing down judgment in the High Court, this morning said they "do not accept" Liberty's legal arguments that the Investigatory Powers Act (IP Act) "does not contain sufficient safeguards against the risk of abuse of power, and that, accordingly, it is inconsistent with the requirement that interference with human rights must be 'in accordance with the law'."

The judgment will be a bitter blow for human rights pressure groups who were previously sure EU laws would supersede British laws allowing the state to freely spy on whomever it likes with few meaningful oversights, provided it does so in bulk.

Megan Goulding, a Liberty lawyer, said in a statement: "These bulk surveillance powers allow the state to hoover up the messages, calls and web history of hordes of ordinary people who are not suspected of any wrongdoing."

Liberty brought its original case in February 2018 after a series of challenges against the IP Act by others, saying that its scope was too broad and didn't contain enough safeguards to comply with the EU's European Convention on Human Rights. Although the long-running litigation has forced the government to amend the act a couple of times, ultimately Liberty has failed to get the entire thing declared incompatible with human rights laws.

Even had they won, the court pointed out in its judgment (84 pages of dense PDF'd legalese): "The higher courts have the power to declare primary legislation to be incompatible with the Convention rights but they have no power to strike it down or disapply it."

Siding with the Home Office, the two judges of the High Court's Administrative Division also rejected Liberty's legal submissions that compliance with human rights laws should be assessed "by reference to the potential breadth of the information that could in principle be retained under the bulk interception power".

The two judges also said that "requiring this Court to assess the quality of the reasoning given by ministers for what became the 2016 Act" was "not the proper functioning of the court", deciding to ignore all references to statements made by Conservative ministers in Parliament about what the act would and would not allow. This, they said in their judgment, was the right thing to do because the Bill of Rights 1689 states "proceedings in Parliament ought not to be impeached or questioned in any court".

Liberty said in a statement that it intended to appeal against the latest High Court ruling. ®