At last I feel infused with the write stuff 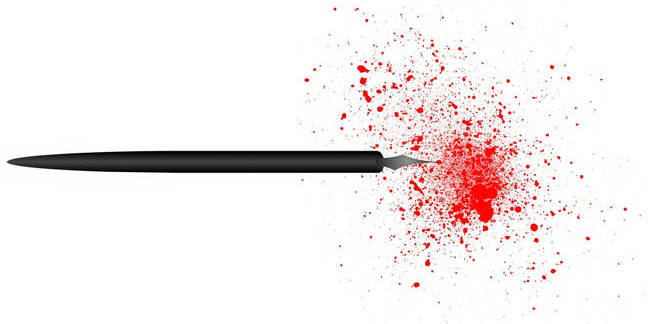 Something for the Weekend, Sir? I'm drowning in ballpoint pens.

I mean this figuratively, of course. Let's just say I have an uncommonly large number of ballpoint pens available for my immediate use at the moment.

How many? Ooh, several. Can you borrow one? No, get lost, find your own.

The reason I suddenly find myself awash – figuratively, again – with so many writing implements is due to a temporary change in circumstances. Yes, I have moved house by 700 miles but that's not the whole story. The determining factor in producing my present proliferation of pens is that I have moved to a country in which everyone else is absent because they've gone on holiday for the whole summer.

Having no colleagues with whom to rub shoulders – figuratively or literally, I really don't care any more – for two months means there is nobody around to nick my biros, or as I now have to learn to say, "mes bics".

This at least is the explanation offered by health 'n' safety software developer protecting.co.uk, which has been quoting research on the extent of casual office-supplies pilfering. "Workplace theft costs businesses in the UK £190m per year," it says before whipping out a calculator (hopefully not someone else's that they borrowed off their desk eight months ago and forgot to return) and confirming that's an average of "£12.50 worth of items per person – the equivalent of almost 30 rolls of toilet paper each!"

Note: it is standard form to conceptualise lengths by comparison with London buses, surface areas by football pitches or Olympic swimming pools, larger land areas by the size of Wales, and the value of office supplies by toilet rolls. The managing director at my very first job used to complain that stealing toilet rolls from the office bogs ought to be an instantly sackable offence, and I still can't bring myself to disagree.

Prior to reading this research, I had wondered whether the Douglas Adams theory of ballpoint disappearance might have some validity. Mme D's workplace was even worse than mine: at her's, the average HEPPA (Half-life Existence Prior to Physical Absence) of any writing implement at the front desk was 6 minutes and 37 seconds.

On one occasion, she rounded up every unwanted ballpoint, felt-tip, fountain pen, crayon and school pencil we could find around the house – a clutch of about 20 items – and took them into work the next morning. By lunchtime, not one of these was still on the premises. But rather than slipping quietly off-world or into another dimension, they were simply getting nicked by co-workers and, as I think CCTV would confirm, her own notoriously ill-equipped boss.

Evidently there are some advantages to the elimination of your colleagues from the workplace. Computer automation does not nick your pen. Nor does it run off with your sticky notes, pilfer your stapler or treat limited toilet paper supplies with rampant profligacy.

Not that I want to see a permanent end to all human life at work: obviously my own contribution is absolutely essential and cannot be dismissed so wistfully. Everyone else can go, though, no problem.

There is a gentle irony in the way the general public, despite its increasing preference for online retail, self-completing digital forms and push reminders, believes that live computerised services are, or should be, constantly monitored by human overseers. Nor is this expectation restricted to domestic consumers and retail environnements, apparently. A HackerOne survey conducted during Infosec a few weeks ago suggests that even security professionals believe humans remain more effective than machines when it comes to securing digital assets.

If you're reading this, you will already be aware that automated services aren't overseen by humans at all. In fact, most of them are a law unto themselves. Any human element exists only in order to fix them after they have already gone mental, which they do typically every 6 minutes and 37 seconds.

Of course, you might only be made aware that things have gone wrong when you see a flag pop up or receive a message from the system itself. Automated systems have automated monitoring. But this only works thoroughly if someone has thought of all the potential scenarios in which problems can manifest.

System's gone down? You will certainly get notified about that immediately. System is having difficulty? You might see an amber warning if you're looking at the right screen. System is randomly playing silly buggers with a single component, such as an undocumented script that an ex-colleague, long since made redundant, wrote one Thursday afternoon to show off his skills to a subsequently unappreciative project team? This could remain a secret between the automated service and the automated monitoring system almost indefinitely.

Just over a year ago, I visited the Museum of Roman Antiquity in Nîmes. This fabulous place was full of the digital toys with which all modern museums are fitted these days, one of which was a mixed-reality space that dresses you up in virtual clothing from the classical era when you stand on the footprint graphics on the floor. Mme D and I duly pratted about in front of the camera, pretending to be Roman consuls and slave girls and so on (Mme D made a great consul, BTW) and repeatedly pressed the button to send us screengrabs by email.

Nothing turned up in my inbox, not that I really expected it to work. Evidently there was a glitch with the system and, this being France in the summer, anyone who might have been around to fix it (while not otherwise engaged stealing each other's pens) was on holiday. It wasn't a significant system glitch, anyway, and I supposed someone would deal with it when they got back from the beach.

Except they didn't and eventually I forgot all about it. I was only reminded of my virtual toga-twirling when a dozen screengrabs from the museum suddenly landed by email yesterday. It's easy to imagine what happened: someone on stand-in support duties this week was probably still brushing sand from between their toes when quite by chance they happened upon a system flag indicating that 15,000 non-essential emails dating back exactly 12 months were still sitting in a Drafts folder, accompanied by a "Delete?" confirmation prompt.

I imagine this person was reluctant to trash 15,000 unsent emails that had been addressed to customers, and probably also frustrated at the system's equally stubborn reluctance to send the bloody things. So I further imagine the kindly human consulted the technical documentation and followed its advice to the letter: switch the email server off and then back on again. Bingo – er, "houpla" – 15,000 emails containing photos of idiots dressed up in unconvincing AR as wonky Roman legionaries are turfed into the ether all at the same time. 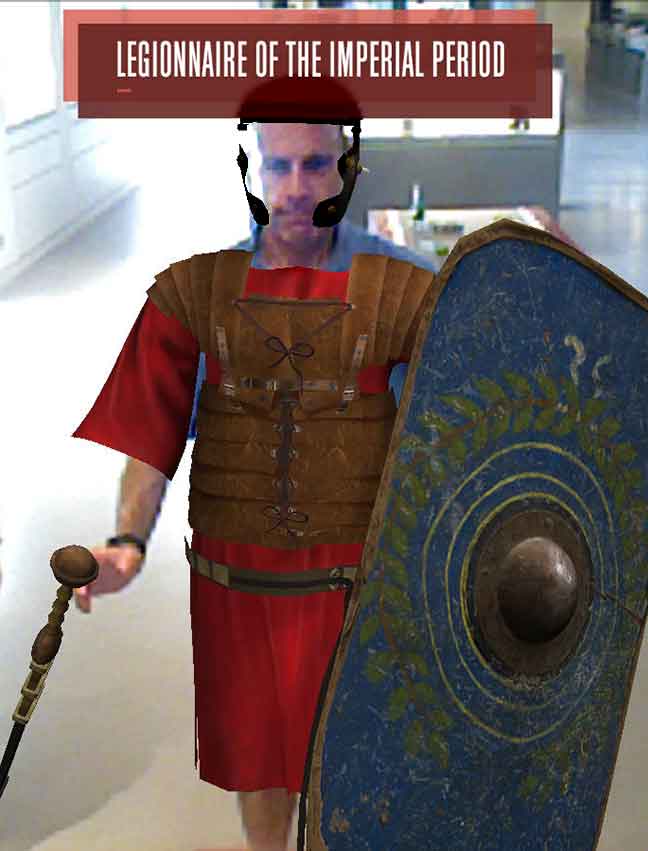 Click to enlarge (but do you really want to?)

Job done, this helpful human was then free to spend the rest of the afternoon trawling colleagues' desks for unguarded pens.

I like to think the days of pen shortages is coming to a close: real-time trackable "smart" pens are surely soon to hit the market, putting an end to the misery of losing a 50p biro by convincing dullards customers to part with a "smart" one costing £500. To get in early on the highly lucrative stylus-tracking bandwagon, I am registering the domains yourpenistracked.com and seewheremypenis.com.

Premature? Nah, you have to grab these things with both hands.

Alistair Dabbs is a freelance technology tart, juggling tech journalism, training and digital publishing. That survey quoted by protecting.co.uk says 81 per cent of the employees they asked admitted that they didn't regard "borrowing a pen from a colleague long-term" as a problem. It's only borrowing if you give it back, pal. The toilet roll, though, you can keep. @alidabbs

Something for the Weekend, Sir? 'Do not disturb' mode isn't for you, it's for the rest of us

Blame everything on 'computer error' – no one will contradict you

Something for the Weekend, Sir? Sorry I slept in but my computer didn't make me go to bed early