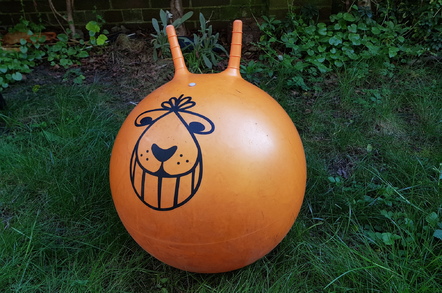 After a delay from 24 July due to weather, the 18th of 20 contracted missions to the International Space Station (ISS) got off the pad at 22:01 UTC on 25 July. The first stage of the rocket, which launched from Space Launch Complex 40 at Cape Canaveral Air Force Station, had previously seen service on the CRS-17 mission in May.

The Dragon freighter itself had previously been in action on both the CRS-6 and CRS-13 missions.

SpaceX performed the crowd-pleasing landing of the spent booster rather than a drone ship at Landing Zone 1 at Cape Canaveral (LZ-1) this time around. LZ-1 was, of course, unavailable back in May after the crew version of the Dragon spacecraft blew itself to pieces during testing.

The Dragon is hauling 2,312kg of cargo to the ISS, including the International Docking Adaptor 3 (IDA-3), which will give the ISS a second port for commercial crew vehicles and replace IDA-1, which was destroyed in 2015 after a Falcon 9 abruptly exploded a couple of minutes after lift off.

Astronauts Nick Hague and Christina Koch will capture the Dragon using the outpost's robotic arm on Saturday 27 July and attach it to the bottom of the Harmony module.

As well as IDA-3 (lurking in the unpressurised trunk of the Dragon) the mission is carrying 233kg of supplies for the crew and 1,192 kg of gear for science. The distressingly named "Rodent Research Support Hardware", with two transporters and habitats for the creatures, is onboard as are parts for the station's Life Science Glovebox and Mass Spectrometer.

The UK Space Agency is particularly proud of 18 biomining reactors that are also along for the ride. The matchbox-sized prototypes are the first space rock mining devices that use bacteria to recover minerals and metals from rocks on the Moon and Mars - handy for long-term Lunar or Martian living.

The experiment, the second bit of UK-led boffinry aboard the ISS (the first was 2018's "Worms in Space"), is led by scientists at the University of Edinburgh.

The Dragon will return to Earth in August, splashing down in the Pacific Ocean off the coast of California. It will return failed or expended hardware, including a broken Air Quality Monitor and a Common Cabin Air Assembly Heat Exchanger unit for refurbishment.

SpaceX's nose-less testbed vehicle, Starhopper, did its first "proper" hop yesterday, as the vehicle's Raptor engine sent the stumpy-looking thing about 20 metres into the air.

SpaceX supremo, Elon Musk, never one to miss an opportunity for the odd brag or two, tweeted that his rocketeers would have a crack at a 200m hop "in a week or two" after joking that "water towers *can* fly".

The company had conducted a static firing of the newly fitted Raptor engine earlier in the week, which looked to observers (The Reg included) like things had gone a bit explodey as a discharge of gas ignited. However, there was no harm done and the Starhopper went on to make its jump at SpaceX's Boca Chica test facility in Texas.

The Raptor engine line is destined for Musk's Starship and Super Heavy launcher. The heavy lift vehicle is expected to enter service at some point in the next decade.

The approach is not a new one for the company. Between 2012 and 2013 SpaceX conducted tests of its Grasshopper prototype to develop the always impressive landing capability of the Falcon 9's first stage. Starhopper has scaled things up just a tiny bit. ®