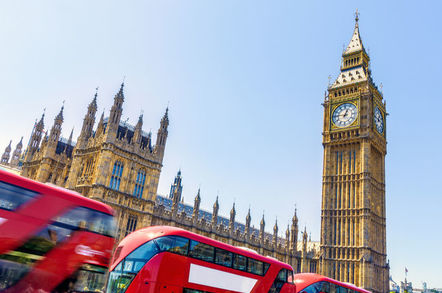 The Tory MP for Selby and Ainsty takes over from Margot James, who resigned from the position earlier this month after voting to block Johnson from suspending Parliament to push through a no-deal Brexit.

Adams will join newly appointed culture secretary Nicky Morgan at the department for Digital, Culture, Media and Sport – aka the Ministry of Fun. She replaced Jeremy Wright as culture sec. Morgan has already left her role as chair of the influential Treasury Select Committee.

The digital minister's brief will include responsibilities for broadband, online safety, the telecoms markets and consumer policy, media, broadcasting and the creative industries. Oh, and digital – an annoyingly nebulous term.

He leapt onto Twitter to tell anyone who would listen that it is "a privilege and honour" to be serving under Johnson, his new boss.

Adams was a shareholder in and a paid company director of Yorkshire-based NGC Networks Ltd and NGC Network Services when he entered Parliament in May 2010. He is no longer a paid director, but remains a shareholder.

In 1993, he co-founded Advanced Digital Telecom, which was later acquired by York's JWE Telecom for £3.1m.

Perhaps that experience will help him achieve Johnson's aim of bringing full fibre to everyone by 2025 – a goal telecoms experts have widely dismissed.

It seems there will be plenty for Adams to do in his new role, as Brexit poses a raft of technological issues for the government – not least the so-called "digital" or "smart" solution proposed for the Irish border problem. We're sure it will be totally "frictionless". ®