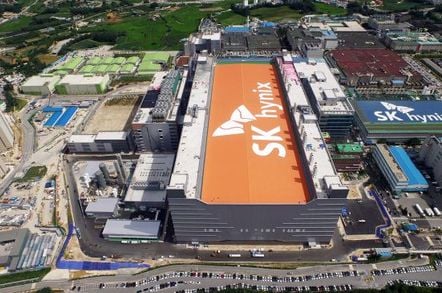 Memory manufacturers just can't catch a break this year. As if the ongoing memory oversupply and US-China trade war weren't enough, now they have to contend with an escalating trade conflict between Japan and South Korea, which is disrupting the flow of key silicon etching ingredients.

South Korea is home to two of the world's largest memory suppliers, Samsung and SK Hynix, and the latter has just announced it will cut its DRAM production capacity from Q4 after reporting a second-quarter operating profit decline of 89 per cent year-on-year.

SK Hynix said it will also reduce investment in capital expenditure – a move widely anticipated by analysts as a way to deal with oversupply. Samsung and Micron are expected to do the same.

All this happened even though the number of unit shipments actually increased quarter-on-quarter.

In DRAM, the company said "purchase postponement from certain customers continued, due to intensified global trade tensions" but in mobile sales demand was higher and price decline was lower compared to other applications. SK Hynix also noted that data centre customer demand for DRAM remained weak due to conservative purchasing behavior.

In April, SK Hynix was hopeful that its fortunes would improve after June – that doesn't seem to be the case. Back then, the company said it would reduce NAND wafer capacity by more than 10 per cent, and now this number has been upgraded to 15 per cent.

The Korean chip maker said its woes were primarily due to a sharp decline in DRAM and NAND prices – with DRAM in particular expected to fall more than 40 per cent this year – but it also blamed the trade dispute with Japan as a source of further uncertainty. In July, Japan restricted exports of some high-tech materials used in chip making to South Korea, ostensibly over a row about Japan's wartime conduct.

"We cannot rule out production disruption if Japanese export controls drag on," Jin-Seok Cha, head of SK Hynix's finance and procurement, said during an earnings call.

Just like with Texas Instruments earlier this week, the appearance of a plan to deal with the current issues of the silicon market seems to have inspired investor confidence, even as the results themselves are less than impressive: SK Hynix was trading 3 per cent higher on Thursday. ®