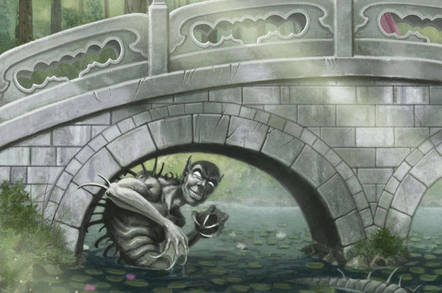 The trial is scheduled for 19th November – the proceedings have been expedited since the patent in question (100T8) expires in February 2020.

Munich-based IPCom deals in intellectual property licensing, and claims to have an R&D department – but is actually classed as a “non-practising entity,” an organisation that holds a patent for a product or process but has no intentions of developing it, focusing instead on enforcement through licenses or litigation.

The firm says it owns over 200 patent families in the field of mobile comms – most of these were acquired from wireless communications pioneer Robert Bosch GmbH in 2007.

The patent at the centre of its latest legal case relates to the process of granting mobile phones access to the 4G network and describes the functionality necessary to prioritise emergency service calls on the said network.

IPCom claimed it approached Vodafone years ago, attempting to sell licenses to its patents on FRAND (fair, reasonable, and non-discriminatory) terms, with royalties “calculated based on industry convention” – but the telco refused to sign a licensing agreement.

Now, Vodafone will have to defend its position in court. In November, a judge will consider both the validity of the IPCom claims and whether 100T8 is a standard essential patent – i.e. a patent that claims an invention that must be used to comply with a technical standard, like those in mobile telecommunications.

A separate FRAND trial will take place from late June 2020, in which the court will rule on the commercial elements of the case.

“We were both surprised and disappointed that, despite our transparent FRAND offer and diplomatic approach, Vodafone turned its back on out-of-court negotiations,” said Pio Suh, managing director at IPCom.

“Vodafone Group believes this patent claim is misconceived, and we will defend it vigorously,” a company spokesperson at Voda told El Reg.

Considering its business model, IPCom is, of course, no stranger to the court room: it previously sued mobile phone granddaddy Nokia in the High Court – at the time when the Finnish company was still making handsets - and ultimately scored a partial victory.