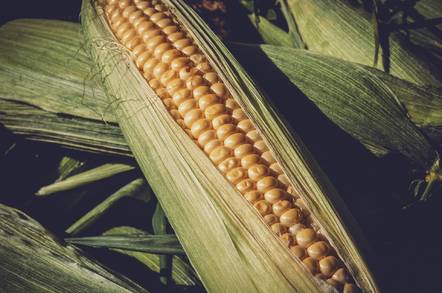 An unnamed company is developing a data center campus in Lincoln, Nebraska, and all signs point to the Chocolate Factory as the party responsible.

The 590-acre plot of land just off of Highway 77, where the mystery business wants to plonk its bit barns, has just been rezoned from agriculture to industrial, appropriate for data center use, by the Lincoln and Lancaster County Planning Commission.

The project, in the works for the past 18 months, is expected to cost around $600m.

"It's been a target for us mostly because of this high investment that these companies make, and also the high-paying technical jobs that go along with these," he added.

While the Lincoln Partnership for Economic Development is tied by iron-clad NDAs and can't reveal the name of the company, it is probably Alphabet Inc.

For starters, there's the fact that in February, Google CEO Sundar Pichai made a one-line reference to Nebraska, announcing that the company was planning to build new facilities in the Cornhusker State as part of a $13bn investment in infrastructure in the US in 2019.

$600m is the standard cost of one of Google's hyperscale bit barns in the US - the same amount of dough is expected to be spent on the recently announced project in Nevada, which was negotiated in secret, with Google using the alias "Jasmine Development", and on its second facility in Texas, arranged under the name of "Alamo Mission LLC".

Using shell companies for data center negotiations is a well-known strategy. Google used Sharka LLC when it was planning its first Ellis County campus in the city of Midlothian, and Facebook previously contracted space as "Raven Northbrook" in Nebraska and Siculus in Iowa.

The size of the proposed facility also fits into Google's standard model.

Nebraska has been called a part of the Silicon Prairie, a region of the American Midwest that is attempting to court startups and investors, with hot-spots including Omaha, Kansas City and Des Moines. Lincoln is considered an important hub on its map - at least according to Silicon Prairie News, which says the wider region is home to 42 startups and counting.

In the blog post mentioned above, Pichai noted that 2019 is the second year in a row when Google will grow faster outside of San Francisco's Bay Area than in it. ®