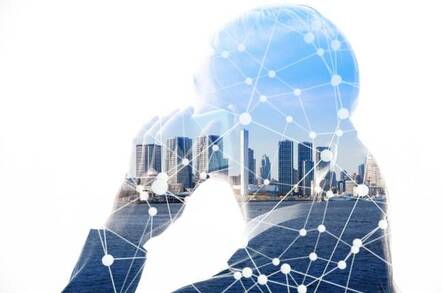 British Telecom has chosen Ubuntu OpenStack, developed by open-source specialist Canonical, as the cloud platform that will help support the introduction of 5G and fibre-to-the-premises connectivity in the UK.

As part of the deal, Canonical will provide the open-source virtual infrastructure manager (VIM) that will enable BT – and by extension, its mobile network EE - to run network functions as code, reducing the need for specialized telco hardware.

Major telecommunications providers are currently busy transitioning from proprietary, hardware-based networks – which are expensive to build and run – to virtualized cloud-based networks, backed by commodity servers. They are not doing this because it’s fun, but because it’s the only way to cost-effectively deliver the amounts of data that their customers will require in the next few years.

“Things like 5G and IoT are challenging the telcos to build an entirely new class of infrastructure, with very large amounts of compute, network and storage,” Mark Shuttleworth, CEO of Canonical, told El Reg.

“They are also challenged to do that very competitively, because the sorts of business models that they are going to run using this new infrastructure have to be able to support millions and millions of very cheap things.

“By moving to general-purpose equipment and software-defined infrastructure, they gain agility, but they also gain the ability to buy in bulk and operate in a very automated fashion, because they are not trying to integrate network appliances from lots of different manufacturers.”

One of the options available to telcos is OpenStack – not a single piece of software, but a cloud framework consisting of an integration engine and nearly 50 interdependent open source projects, each serving a narrowly defined purpose. For example Nova handles compute, Neutron does networking and Magnum manages container orchestration, all linked together using APIs.

London-based Canonical launched its own distribution of OpenStack in 2015. Besides the core platform, the biz is bundling plenty of homebrewed extras, like Juju – not the magical power, just a tool that automates popular service configuration - and MAAS (metal-as-a-service), software for cloud provisioning that perverts the natural order by being able to install not just Ubuntu and RHEL, but Windows too.

“What we do is give the operator the ability to manage many different clouds very efficiently, because everything is programmatic and everything is reusable,” Shuttleworth said.

BT is expected to switch to a fully cloud-based 5G core network by 2022. This should enable the company to do new and interesting things, including Ultra-Reliable Low Latency Communications (URLLC) and network slicing.

BT is not the only telecommunications provider to put OpenStack at the core of its modernization efforts: Canonical’s customers also include AT&T as well as Deutsche Telecom, Tele2, Colt and Sky.

“If you step back from the 5G project and just ask what’s happening with large scale infrastructure, in every industry it is starting to be shaped by the thinking of cloud computing - whether you are a telco, a media company or a retailer,” Shuttleworth said.

“5G is the headline, it’s the project that’s catalysing the building of these clouds, but the bigger picture is almost every part of infrastructure wants to become cloud-like.” ®