Only fools rush into mobile payments and cryptocurrencies 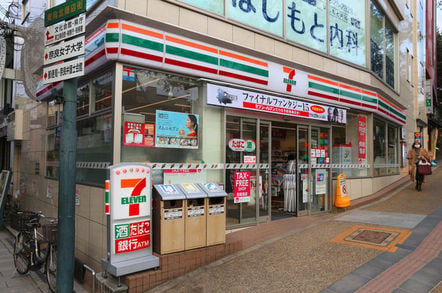 Feature On the first of July I walked up the main drag of Japan's eighth-century capital, Nara. As a mid-sized Japanese city, there are combini – convenience stores – every block or so. First among these is 7-Eleven, with over 20,000 outlets spread across its islands.

In front of the first 7-Eleven I came across, a young employee stood hawking the chain's latest offering, a payments service known as 7Pay. Sign up, he cried to passersby, and get some great gifts!

He must have been very convincing – over a million-and-a-half Japanese signed up for 7Pay in that first week. The gifts, however, left something to be desired. By Friday evening, the biggest news story Japan had seen in months detailed a hack of 1,500 7Pay accounts that had cost users over half-a-million dollars.

The hack wasn't very sophisticated; the account password reset feature had been so poorly put together it didn't take a criminal mastermind to divert accounts, empty their contents, then spend big at 7-Eleven. Asked at a news conference why it hadn't implemented two-factor authentication as a security precaution, the 7-Eleven CEO acted as though he'd never heard the term before. And why should he know 2FA? His job has always been making sure the stores are loaded with fresh rice balls – not secured against hackers.

Cyber-IOU notes. Voucher hell on wheels. However you want to define Facebook's Libra, the most ridiculous part is its privacy promise

But money changes everything. We don't ask our bankers to have good taste – bank branches are broadly uninspiring environments – yet we do expect them to keep a close watch over the dollars we deposit.

7-Eleven might have had a better week, if it had only remembered to "Make haste, slowly." But the number of payments providers in Japan has grown from zero to over 40 in just the past few years. The company found itself far behind its customers – and its competitors – and rushed a product out the door before it had been fully tested.

All of this needs to be kept front of mind as we examine at the gift horse (of the Trojan flavour) of Facebook's Libra cryptocurrency. Designed to solve the biggest of payments problems – the disconnect between smartphones and money – it set teeth on edge in every Central Bank around the world. If Facebook creates its own, fully digital currency, what happens to all of the state currencies that last year looked so wonderfully secure, but now appear a bit old-fashioned?

Even if it never sees the light of day, Libra has initiated a fundamental transformation in the global financial system: within a few years we'll have multiple, global digital currencies available for payments, working seamlessly within our smartphones, fuelling an amplification of the whole internet economy – particularly in the developing world, where bank accounts are rare but smartphones plentiful. Why? For the same reason 7-Eleven rushed to get its own payments platform out the door – a combination of fear of missing out and the hunger to record and track the entirety of an economy. Digital currencies, built on blockchains, will leave a transaction record of everything, an analytics goldmine that could make even Mark Zuckerberg blush.

Soon, everyone from central bankers to commercial bankers to tech giants – and pretty much everyone else – will create their own digital currencies. Some will be better thought out (and better tested) than others. Some will find their own narrow uses, and more still will implode at scale – taking users' money with them.

So this is where we need to look back to that teenager, spruiking 7Pay before he – or his boss's boss's boss's boss – understood the costs of getting it wrong. In a world they never saw coming, central bankers suddenly find themselves being disrupted by a tech company, driving those bankers to make the kinds of rapid decisions that could wreck whole economies.

The age of digital money has arrived, but as money goes digital, our stabilising institutions must have the courage to hold fast – and make haste very, very slowly. ®