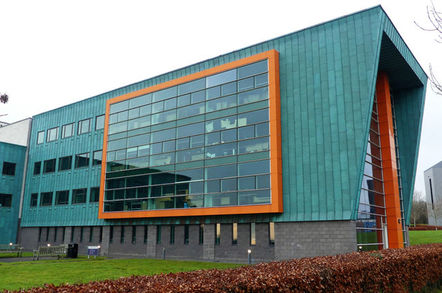 InfoLab21, at Lancaster uni's School of Computing and Communications

Lancaster University - which offers a GCHQ-accredited degree in security - has been struck by a "sophisticated and malicious phishing attack" that resulted in the leak of around 12,500 wannabe students' personal data.

In a statement published yesterday evening, the university admitted that undergraduate applicant records for the years 2019 and 2020 had been accessed, along with the data of some current students.

Information accessed by whoever the hackers were - so far Lancaster has said nothing about this - includes names, addresses, phone numbers and email addresses.

The uni also mentioned fraudulent invoices "had been sent to some undergraduate applicants".

Lancaster accepted 3,585 applicants for student places in the educational year 2018, the latest for which data is available. Over the past five years, the number of people accepted onto courses increased by around 100 to 200 people per year, meaning the latest data breach is likely to have affected around 3,700 successful applicants.

Of the 3,585 students accepted by Lancaster last year, 375 were from other EU countries and 575 were from non-EU nations.

Further statistics compiled by UCAS (PDF) show that 12,545 people applied to Lancaster in 2018 alone, with the number having been roughly stable for the preceding three years. On that basis, the recent data breach may have affected about 12,500 applicants.

No data is available from public sources on the number of non-EU applicants to Lancaster.

UCAS told The Register that these numbers do not include those who applied through clearing, the process in which, typically speaking, wannabe students desperate to get on any degree course at all are matched up with empty places on under-subscribed courses.

"We acted as soon as we became aware that Lancaster was the source of the breach on Friday and established an incident team to handle the situation. It was immediately reported to the Information Commissioner's Office," said the university in a prepared statement.

We understand university's graduation week took place just last week. With A-level final results being published in a few weeks from now, the timing is rather bad. Ironically, Lancaster offers a master's degree in cyber security – accredited by none other than GCHQ. El Reg trusts the intrusion wasn't caused by students putting their newly learned skills to the test.

The university did not answer The Register's questions about how many people were affected by the breach, claiming that a police investigation means it is bound by some sort of code of omerta. This "blame the cops" strategy is a relatively common one for deflecting bad PR and attempting to minimise the impact of a data breach.

In the academic year 2017-18, the most recent year for which official statistics are available, the university had 14,210 enrolled students.

People who think they may have been affected by the breach have been urged by uni administrators to ring them on 01524 510 044 or email admissions-advice@lancaster.ac.uk. ®