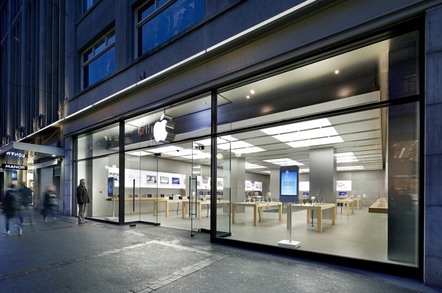 On Monday Apple released a fresh round of security fixes for a load of its operating systems and applications.

The July patch batch addresses vulnerabilities in iOS, MacOS, Safari, watchOS, and tvOS, though many of the updates are for common components across each of the platforms, such as the WebKit browser engine. These should be installed as soon as possible.

For iOS, the 12.4 update brings a total of 37 fixes for various components in the mobile operating system.

More than half of those CVE-listed flaws were found in WebKit, where Apple cleaned up 19 different memory corruption flaws, each potentially allowing for arbitrary code execution via poisoned web content, and three cross-site scripting vulnerabilities also get a patch.

The remaining 15 CVE entries included a flaw in the Wallet app that would cause users to inadvertently authorize purchases while on the lock screen, which was discovered by researcher Jeff Braswell. Also included is fix for a bug in the iOS Telephony software that allowed a Walkie-Talkie connection to be silently activated alongside a call, discovered by researcher Marius Alexandru Boeru and an anonymous colleague.

For MacOS, a total of 44 vulnerabilities were patched in Mojave, High Sierra, and Sierra systems. These include all 22 of the WebKit CVE-entries, as well as fixing flaws in the Core Data, Found in Apps, Foundation, Quick Look, and Siri.

Apple's tvOS (the firmware for the Apple TV 4K and HD) will get many of the same fixes as iOS, including the WebKit, CoreData, and Siri patches. Users can get the patch from the Settings > System > Software Updates menu.

For watchOS, 23 CVE-listed bugs were patched, all in components WatchOS shares with iOS, including WebKit. That update can be installed via the Apple Watch iOS app.

Finally, Safari on macOS will get fixes for the 22 WebKit issues as CVE-2019-8670, an address bar spoofing vulnerability spotted by researcher Tsubasa Fujii. ®