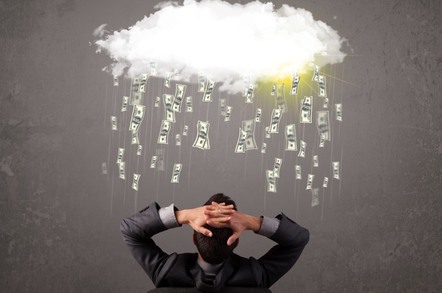 Microsoft on Thursday reported record revenue for its fourth fiscal quarter of 2019 and for its full fiscal year, predictably pushing its stock higher in after-hours trading.

The software giant brought in $33.7bn in FY Q4 2019 revenue, a 12 per cent increase over the same quarter a year ago. Analysts had anticipated about $32.77bn, which accounts for the investor enthusiasm after the market closed.

Over the full fiscal year, Microsoft managed to bring in $125.8bn, representing 14 per cent more than fiscal 2018. Analysts had expected something more like $124.91bn.

“It was a record fiscal year for Microsoft, a result of our deep partnerships with leading companies in every industry,” CEO Satya Nadell in a statement that included anodyne remarks about helping customers and earning trust. It also mentioned "multi-year commercial cloud agreements," a hint at the major source of growth for the Office-Windows-Azure empire.

Amy Hood, EVP and CFO of Microsoft, said its fourth quarter cloud revenue rose 39 per cent year-over-year and accounted for $11bn of the company's take.

Other relevant numbers for the quarter include:

GAAP results were helped along with a $2.6bn net income tax benefit for the year.

"Microsoft has repeatedly beaten Wall Street’s expectations this year – its share price is up by one-third – and its latest results only reinforce this trend," said Ryan Duguid, chief evangelist at Nintex, a Microsoft partner, in an emailed statement.

"Azure is a powerful differentiator, and it continues to gain market share. One key to Microsoft’s success with the cloud platform has been its embrace of openness and customer choice in tech stacks, and creating a common data model underneath everything."

For the full year, Microsoft's figures were similarly rosy:

In terms of business segment Q4 performance, Productivity and Business Processes reached $11bn, up 14 per cent. This included:

Microsoft's Intelligent Cloud segment brought in $11.4bn for the quarter, up 19 per cent, consisting of:

And in the More Personal Computing segment, Microsoft managed $11.3bn in quarterly revenue, which is up 4 per cent. This includes:

Looking ahead, Microsoft can expect to see further lift from the deal it announced on Wednesday with AT&T, which will shift much of the network company's workforce onto Microsoft 365 and Azure. The partnership is said to be worth more than $2bn.

On a conference call for investors Nadella underscored Microsoft's commitment to software developers, calling out GitHub and its community of 36 million coders. Microsoft, he said, is investing in making a complete development toolchain that's independent of language, platform or cloud.

He extolled the success of LinkedIn, as if daring skeptics to continue making jokes at the expense of the social network known for its irritating notifications.

And he noted that the company's cloud gaming service, Project xCloud, will enter public trials in the fall. Gaming is the one area where revenue declined, a consequence of the Xbox game console market cycle. ®