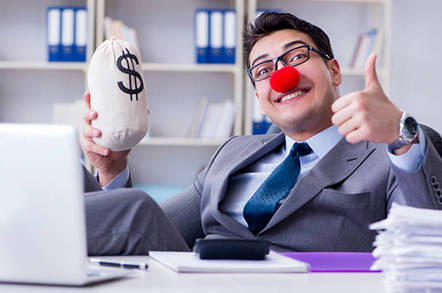 A long-running legal battle over the alleged price-fixing of lithium-ion batteries involving Samsung, Sony, LG, Hitachi, and NEC, has finally been settled [PDF] for $113m.

But the case remains controversial due to the extraordinary fees the class-action lawyers want for winning the case – a staggering $34m, or 30 per cent of the total award.

The battery manufacturers were sued in California, USA, back in February 2013 for apparently pushing up the price of the commonly used batteries for more than a decade, specifically between 2000 and 2011. The ensuing court case managed to accumulate more than 2,500 legal filings.

Sony settled first in 2016, and was followed a year later by LG, Hitachi and NEC, which all agreed to cough up $64.65m to reimburse the Americans they seemingly ripped off. But Samsung held out until this week when a Cali federal judge said she would sign off on a final deal worth $113m.

But that huge figure is still a third of what the plaintiffs in the case calculated that the companies made from artificially inflating or sustaining the price of li-ion batteries. The manufacturers, it was claimed, held regular meetings where they decided on the set price they would charge for battery cells and packs, thus avoiding undercutting each other, and so all made a hefty premium on the hardware they sold: the scheme netted them a total of $367m, the lawsuit claimed.

The lawyers in the case argue that settlements covering a third of the claim are still a good deal given the pain of what would be an even longer legal fight against several huge corporations.

Which makes it all the more unpalatable that those same lawyers want such a staggering sum of money for their work: $34m. That is exactly 30 per cent of the final payout – presumably copied from the 30 per cent of the amount actually owed to consumers that the lawyers have decided to settle for.

Even the other lawyers in the case are annoyed at that payday. One plaintiff pulled in a lawyer who has made a name for himself by taking on grossly unfair class-action payouts – Ted Frank. We spoke to Frank last year as he fought a notorious Google case that saw zero dollars of a $8.5m settlement go to actual users and all of it going to institutions identified by Google and the class action lawyers themselves, several of which just happened to be their old universities and law schools.

Frank was equally unimpressed with the lawyers in this price-fixing case and says the lawyers should receive a maximum of 20 per cent of the settlement: $11.4m less.

"Over the course of this litigation, IPP Class Counsel’s fee request has slowly crept up from a yet-to-be-disclosed-to-the-class number they initially described as 'in the best interests of the proposed class,' to 25 per cent in their initial fee request, and now to an especially unreasonable 30 per cent of the $113 million 'megafund'," he wrote [PDF].

"Contrary to IPP Class Counsel’s arguments, this above-benchmark fee request is not justified by the results, the fee award to DPP Class Counsel, or the voluminous case law and empirical data showing that in megafund settlements such as this one, an award below 20 per cent, or based on diminishing marginal rates, is far more appropriate due to economies of scale."

He points a number of other cases where the lawyers received just 10 per cent, rather than the claimed 30 per cent and argues that anything above what they agreed to originally to cover their costs and risks of taking on the case "amounts to a windfall to the attorneys at the expense of the class." The 30 per cent is "unwarranted based on either legal precedent or factors specific to this case," he argued.

And he wasn't the only one. Another lawyer in the same case also calls [PDF] the payout "manifestly unreasonable" and points out that the other lawyers are getting 11 per cent. "The excess fee sought by IPPs’ counsel is money that should rightfully be returned to the IPP class by the Court in its fiduciary capacity," argues a filing by the lawyer for another class member.

Those two and a third class member lawyer also argued that the judge should force the lawyers in question – Hagens Berman Sobol Shapiro LLP – to make their initial proposal to be class counsel public so everyone can see whether they have changed their tune over the course of the case.

It is in the judge's power to award what they think the lawyers should get. In this case, District Judge Yvonne Gonzalez Rogers didn't say what she would do although she did praise the class-action lawyers "perseverance" and made it plain that she didn't think the original proposal was relevant. She did however ask for the lawyers' rates, so who knows? ®