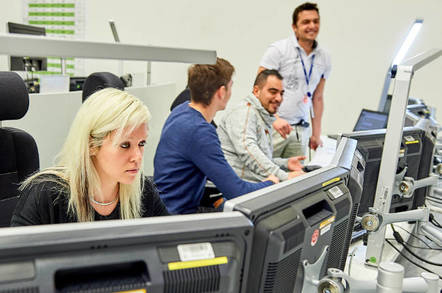 Europe's constellation of positioning satellites is still offline, at time of writing, after six or so days, prompting eggheads to dig into what exactly is going on.

The upshot? Galileo is doing a literal fandango in the sky, tracking far off where it should be and offering an increasingly inaccurate positioning signal to the extent that its signal is now being dropped from global tests.

The Navigation Signal Analysis and Simulation (NavSAS) Group in Italy is one group that has decided to take a closer look and has found several "curious" things in Galileo's signals. For one, the navigation signals are becoming gradually and consistently inaccurate.

What's even odder is that the status of the "signal in space" (SIS) signals are officially listed as "healthy" when they are clearly not. That may be a simple oversight on Galileo's part as it is busy caught up fixing another issue, or may point to a bigger problem and the system may not know it is inaccurate.

And it is wildly inaccurate, especially for a system whose entire purpose is to increase accuracy to within a few meters: the system is producing errors that are out by more than 500 meters.

Very little information is coming out of Galileo's headquarters about what's going on. The most recent update from its executive director Carlo des Dorides sent on Monday to partners noted only that the system "is currently affected by a technical incident related to its ground infrastructure."

The SAR service has presumably been kept live because 500 meters inaccuracy is better than nothing when trying to find someone lost at sea, in mountains, or in the desert who has fired off a distress signal.

The organization has been keen to point out that Galileo is still in its testing phase and so it's not that big a deal. "During the provision of Galileo ‘initial services’ phase preceding the 'full operational services', Galileo signals are used in combination with other satellite navigation systems, which allows for the detection of technical issues before the system becomes fully operational," des Dorides wrote.

"It is not uncommon for a complex global navigation system like Galileo, in an 'initial services' phase to experience temporary issues affecting the quality of the signal. Nevertheless we apologize for any inconvenience such disruption may have caused."

That explanation may have been fine for the first 2-3 days but as time has stretched on, interest has grown into what the problem is. As a result experts are alternately noting that there is nothing to worry about while growing increasingly fascinated over why it is taking so long for the issue to be fixed.

Galileo has already opened an investigation into the issue, asking its existing ‘Anomaly Review Board’ to look into things. That same board has dealt with issues in the past: in 2014, for example, it dug into why two Galileo satellites had ended up 2,000 miles off course and discovered a frozen pipe was to blame (rather than operator error or a fundamental design problem). That report came out two months after the incident.

Galileo has also asked those using its system to send it reports "on how this disruption is affecting your testing and commercial activities" – which is all good and smart practice but usually something that happens after the problem is fixed rather than in the middle of it.

The official status webpage for Galileo is currently a wall "not usable" with two of the satellites under testing. And the last official update is from Saturday 13 July and says only that there is a service outage and "the signals are not to be used." A blog post says much the same thing – it was posted on Sunday 14 July.

"We will share more information as soon as they are available, including the service recovery date," des Dorides wrote in the most recent communication, sent yesterday, 15 July.

Since then, nada. As each day goes by, the "nothing to see here" exhortation is growing thinner. This is the longest ever outage of a positioning-satellite system. ®