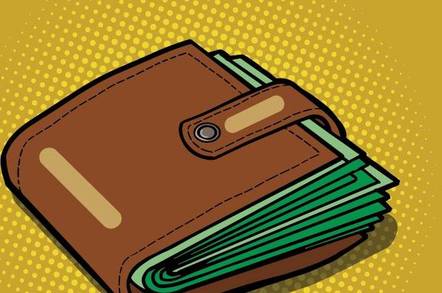 Distributors' sales-out figures were an improvement on the previous quarter, with an overall year-on-year drop for the UK of 0.9 per cent to 816,418 PCs compared to the 7 per cent y-o-y drop (to 538,000) seen in the first months of the year, but consumers are continuing to stay away.

Businesses, at least according to channel stats wizards Context, are continuing to migrate off Windows 7 as well as eying the security features of newer hardware.

Consumers are, however, less bothered by the approaching demise of the veteran OS and cite the uncertainty around what might, or might not, happen when the UK makes its exit from the European Union as reason for not splashing the cash.

Context senior analyst Marie-Christine Pygott told The Reg: "Consumer demand is weak across all [Western Europe] countries - consumers do not see enough reason to invest in a new PC and smartphones are used for day-to-day tasks.

She said feedback the analyst received from distributors was that "in the UK this softness is exacerbated by low consumer confidence in the light of Brexit insecurity, so consumers spend less as they do not know what is going to happen."

It isn't all bad news: pricier ultrabooks are doing their part in keeping revenues looking respectable, and consumers' desire for gaming PCs (admittedly a very small niche) helped the average selling price (into distribution) rise year on year from £485 to £526.

Overall revenue in the UK actually rose by 8.7 per cent but Context refused to give us the complete data. Again, the same dynamics were in play: consumer PC revenue was down 4.3 per cent and business was up 14.3 per cent.

The news was less good for Apple's laptops and desktops. The fruity firm, which is attempting to appeal to enterprises, languished in fourth place as shipments dropped by 2.9 per cent (and accounted for a mere 4.3 per cent of the volume). Things weren't great for third-placed Dell either, which saw its volumes drop by 7.7 per cent year on year.

Apple's poor showing can, according to Context, be partially attributed to how the company sells its wares in the UK. The figures are only for units sent into the channel and so do not include what Apple might sell through its network of stores. Dell, of course, continues to also sell its PCs direct to customers.

While Microsoft did not feature in the top-level figures, and there remains debate within the number-crunching community if the Surface Pro counts as a mobile PC or a tablet, Context noted the Surface Go was doing well in the channel, offsetting the 5 per cent decline of the Surface Pro to achieve a combined year on year growth of 36 per cent.

In a worrying trend for the Windows and Apple OS world, ChromeOS continued to make inroads. Its year on year growth was 24.5 per cent in the UK, accounting for 10.6 per cent of notebook sales this quarter, up from 8.2 per cent in the previous year.

Across Western Europe, ChromeOS-based computers accounted for just 5.2 per cent, with the UK leading, followed by the Netherlands and the Nordic countries.

Overall, things in the PC remain mixed – in the UK, at least. Volumes are continuing to drop from 2018's levels, but price rises mean that revenues haven't followed suit.

The Windows 7 replacement wave is continuing to move those commercial sales along, although Microsoft might be slightly alarmed to note that a tiny fraction of commercial PCs (0.3 per cent) are still being bought with "downgradable" licences.

Things are a bit rosier in Western Europe, which registered 2.6 per cent year on year growth to 4,628,142 units, consisting of a 5.2 per cent increase in volumes for commercial sales and a much smaller drop of 1 per cent for consumers. ®

Azure Kinect: All-seeing 3D camera shenanigans for everyone ... except consumers

MWC Microsoft: don't mention the 'C' word, but you can have it at a discount if you're in the military

Consumers go off PCs as global shipments continue their decline