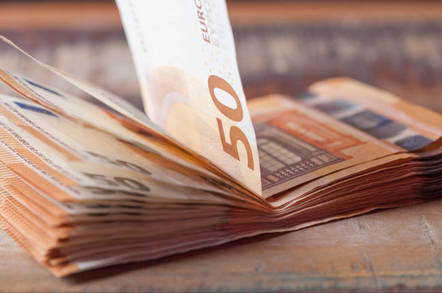 The European Commission has inserted a probe into Amazon to ascertain if the giant digital souk breaches EU competition regulations by exploiting "sensitive" data from third-party sellers who use its marketplace.

Margarethe Vestager, the EC commish in charge of competition policy, confirmed the formal opening of the antitrust investigation in a decidedly unfloral statement today:

I have therefore decided to take a very close look at Amazon's business practices and its dual role as marketplace and retailer, to assess its compliance with EU competition rules.

Globally, 58 per cent of Amazon Retail's shipments come from third-party sellers, who are using its platform to reach customers. It does not reveal the value of those unit sales and does not break them down regionally.

Day in, day out, Amazon gathers data pertaining to third-party sellers' customers' activity on its platform, and based on early fact-finding, the EC said the company "appears to use competitively sensitive information".

Specifically, the EC will examine the standard agreement between Amazon and its marketplace sellers and how the data collated by the tech giant can affect competition.

The second area very much under the spotlight is the role of that data in the "selection of the winners of the 'Buy Box'", a white box on the right-hand side of the Amazon product detail page that allows customers to add items to their shopping trolley.

Amazon told us it will "cooperate fully" with the investigation, and "continue working hard to support businesses of all sizes and help them grow".

It's an interesting statement in light of comments made today by German competition regulators, with which Amazon has agreed to revise Ts&Cs with third-party sellers on its marketplace.

The Bundeskartellamt began its scrutiny of Amazon's business practices in November, and revealed the "amendments address the numerous complaints about Amazon", including the "unilateral exclusion of liability to Amazon's benefit, the termination and blocking of sellers' accounts" and the "handling of product information and many other issues".

Amazon will, from 30 days when the changes are made effective, be "liable to the same extent as sellers for intent or gross negligence for any major breach of contractual obligations".

Future termination of sellers' accounts will require 30 days' notice and sellers will now be able to apply for compensation if they feel a return was unjustified, where previously those sellers shouldered the costs. End customers will see no difference in this change, but Amazon might.

"In conclusion of our proceedings, Amazon will adjust its terms of business for sellers active on its marketplace for the German marketplace amazon.de, for all European marketplaces and marketplaces worldwide including those in North America and Asia."

The other changes can be found here. So much for wanting to help those third-party suppliers "grow".

The IT channel, legions of besuited go-betweens who resell tech vendors products and services, have previously voiced concern at the expansion of Amazon Business and the direct encroachment on their patch.

Rudolf Hotter, COO at German-HQ'd Cancom, said at last year's Canalys Channel Forum: "To team up with Amazon is like to team up with the devil." ®