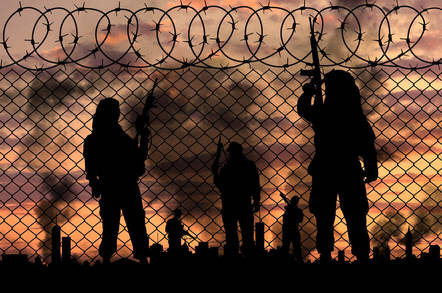 The US Treasury Secretary today put a big dent into Facebook's Libra cryptocurrency plans, by claiming it would be a "national security risk," as well as a likely source of money laundering for – among others – terrorists.

Steven Mnuchin held a press conference to make sure his attack got wide coverage. In it, he criticized all cryptocurrencies for having "been exploited to support billions of dollars of illicit activity like cybercrime, tax evasion, extortion, ransomware, illicit drugs and human trafficking." He then singled out Libra and said he was "not comfortable today" with Facebook's launch plan.

Mnuchin's comments come just days after President Trump decided he had an opinion on cryptocurrency and announced to the world that he was "not a fan" of them and noted they were used for a range of illegal activities. Trump also suggested that Facebook would need a bank charter to launch Libra. Munchin reflected his boss' view and said Facebook had "a lot of work to do" before it could launch a digital currency.

Meanwhile, Facebook had seen the writing on the wall and try to get ahead of Mnuchin's attack by drawing attention to the comments that the head of the social network's financial services arm Calibra, will make to a congressional hearing on Tuesday.

David Marcus will say in written testimony [PDF] that "Facebook will not offer the Libra digital currency until we have fully addressed regulatory concerns and received appropriate approvals."

That promise to put plans on hold comes after Congressmen also started making noises about how the plans need to be look at closely. One, Representative Maxine Waters (D-CA), specifically called on Facebook to delay Libra while criticizing Facebooks's "unchecked expansion into the lives of its users."

David Marcus' testimony is littered with references to how the "journey will be a long one" and how Facebook "strongly agrees" with the Fed chair Jerome Powell when he said that "the process for reviewing Libra needs to be patient and thorough" - Powell said last week that he had "serious concerns" over Libra and had set up a working group within the central bank to examine it.

But this is Facebook, of course, so after the initial promises to go carefully and do it properly, the testimony then starts talking about why letting the social media giant run its own crypto currency is urgent – by playing into anti-China/anti-foreigner sentiment.

"I believe that if America does not lead innovation in the digital currency and payments area, others will," Marcus will say.

"If we fail to act, we could soon see a digital currency controlled by others whose values are dramatically different. I believe that Libra can drive positive change for the many people who would benefit from it. I also believe that it can provide an opportunity for leadership consistent with our shared values."

It's fair to say that Facebook's official announcement of Libra last month has not been met warmly. Of particular note, given the company's high-profile disregard for its users' privacy that will soon result in a record $5bn FTC fine, is just how awful Libra's proposed privacy policy is.

It's almost as if people don’t trust Facebook to do the right thing. ®