Microsoft tells resellers: 'We listened to you, and we have acted' (PS: Plz keep making us money)

Software-snatcher backs down on licence plans 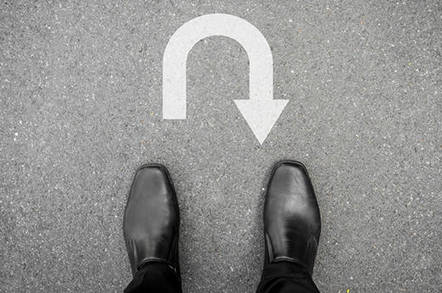 Faced with continued rumbles of discontent from its reseller network on the eve of its Inspire conference, Microsoft has climbed down from plans to pull free software licences from its channel chums.

Doubtless fearful of a keynote sabotaged by a baying mob of angry resellers, Microsoft corporate veep for commercial partners Gavriella Schuster was tasked with the job of backing down.

Thanking its besuited middlemen and woman for "sharing your feedback with us", Schuster confirmed the kindly corporation had "made the decision to roll back all planned changes related to internal use rights and competency timelines".

So that 1 July 2020 retirement of the internal use rights? Not going to happen. For now.

Schuster blustered that "a thorough review" had taken place over the, er, days since the company dispensed the bad news and said: "We listened to you, and we have acted."

The veep sadly missed out the words: "We looked at what annoying those who sell our stuff would do to our bottom line" in the latter comment. Fixed it for you.

The starting "Action Pack" subscription costs around £350 a year, but includes five Office 365 seats, a two-core SQL Server licence, Dynamics 365 and so on. It is therefore excellent value for money compared to the retail price (something the channel know all too well).

In a presentation by commercial partner GM Toby Richards, subsequently taken down, the company revealed that 9,800 new "partners" were signing up each month. We wondered if maybe, just maybe, some of those sign-ups might be only after the goodies rather than winning the company more customers.

It would certainly explain the thinking behind Microsoft's decision, although not why the company couldn't have spent just a little more time trying to find a way of adjusting the programme to reward those profitably pimping out Windows rather than swiping the toys from everyone.

While the rapid about-face will have reassured many in the channel, doubt has now been sown with regard to just how committed Microsoft is to its army of margin snafflers. It will take more than a Las Vegas shindig and an apologetic press release to fix that. ®