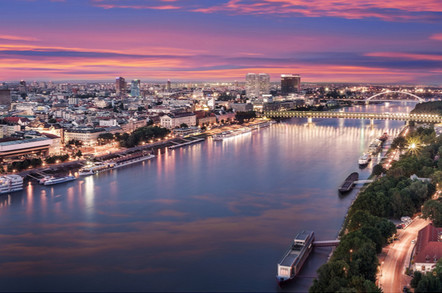 Infosec company ESET is reportedly suing a member of the Slovakian Parliament for insulting it over social media.

According to Slovakian news outlet SME, ESET became fed up with the antics of local Marxist politician Ľuboš Blaha, who was allegedly describing the threat intelligence outfit's owners as oligarchs who "own the media and pay politicians".

He is also said to have claimed that ESET is linked to the US CIA, presumably to discredit the company as some kind of willing pawn to US foreign policy. The company has an extensive presence in the US market.

SME reporter Martina Raabova told The Register that the lawsuit against Blaha was filed by ESET because, in the infosec firm's view, "he wrote several misleading statuses on Facebook about the company".

Further reporting from Slovakia revealed that ESET asked Blaha to stop publishing the accusations of bribery, corruption and foreign collaboration or they'd sue. This prompted him to publish a Facebook video in which he said: "ESET is trying to silence me. This is their vision of freedom and democracy!", going on to brand them "outrageous fascists".

El Reg has not encountered any fascists, outrageous or otherwise, representing ESET at infosec industry events, that we know of at least.

Blaha's beef with ESET seems to be that, as a local big business, they must be exploiting their wealth to support politicians who oppose his point of view. He appears to use social media to communicate directly and informally with his fan base, much like some other popular politicians in the English-speaking world.

Instances of security companies initiating lawsuits against politicians are really rather rare. Kaspersky has taken the US government to court for banning the public sector from using its products, though that is a biz-to-gov lawsuit rather than against the politicians who caused it.

A security product testing company, NSS Labs, sued Crowdstrike, ESET and a bunch of other firms last year, claiming that they were conspiring to stop product deficiencies becoming public – though that lawsuit has nothing to do with politicians being rude on Facebook.

Google Translate renders ESET to "Isis" when translating from Slovakian to English. The name Eset is Slovakian for the Egyptian goddess Isis, who is the goddess of marriage and femininity. While the SME headline "Isis ran out of patience and sued Blaha" might suggest that the murderous bastards of the Islamic State terror group have finally turned to peaceful means of conflict resolution, sadly it's just an error in translation.