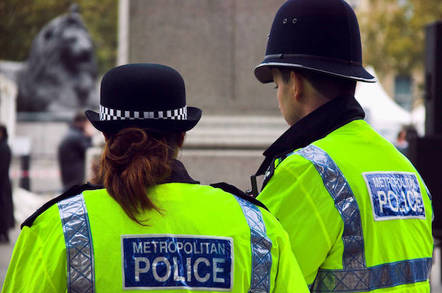 A serving Metropolitan police officer who illegally accessed a police database to monitor a criminal investigation into his own conduct has pleaded guilty to crimes under the UK's Computer Misuse Act.

Sergeant Okechukwu Efobi, of Byron Road, Wealdstone, Harrow, was ordered to complete 150 hours of community service and pay a total of £540, comprising a £90 victim surcharge tax and £450 of prosecution costs.

Efobi, who remains employed by the Met and is currently on restricted duty, had been accessing a police database to view details of suspects in an ongoing criminal investigation.

Between November 2017 and October 2018, at the force's high security Empress State Building HQ in southwest London, Efobi trawled the unidentified database, sending himself documents from it and viewing details of other suspects in criminal investigations.

He pleaded guilty to three charges under sections 1(1) and (3) of the Computer Misuse Act 1990 last week at Westminster Magistrates' Court. An internal misconduct review into Efobi's actions is currently under way, the Met told The Register.

Police misuse of their access to internal databases continues to be an ongoing problem, quite separate from the one of British cops using Chinese-inspired mass surveillance tech whose legality has been repeatedly questioned by the public and the authorities alike.

Back in 2015, the Met recorded a tripling of computer misuse allegations over the year, with police employees alleged to have abused their privileges 173 times. That picture was mirrored more widely across the country in 2017, when it was found that police forces had investigated a total of 779 cases of potential data misuse within their own ranks. Even the police trade union confessed that same year that their members were "persistently" committing data breaches.

A few years ago HM Inspectorate of Constabulary discovered that a number of non-police organisations were merrily trawling through the Police National Computer at will. Legal agreements intended to regulate that access were vague and in many cases had been allowed to expire. ®