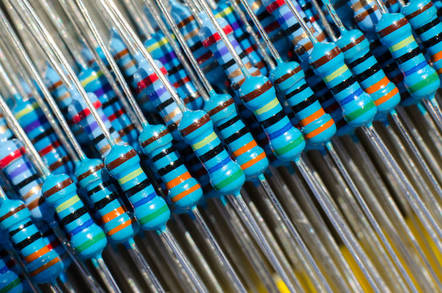 Mere weeks after launch, it appears that the hot (in more than one way) new Raspberry Pi 4 is a bit finnicky when it comes to power cables.

The new Pi arrived with all manner of exciting tweaks and modifications including a couple of 4K HDMI outputs, more memory for those who wanted it, and a speedier CPU. To keep things powered, the Pi team opted to switch to a USB-C connector from the micro-USB it had been using to date.

Pi boss Eben Upton told us at the time that, ironically as it has turned out, one of the driving factors behind the switch to USB-C was power. He also said that the gang had adopted a more "systematic, checklist-orientated" approach to testing.

Alas, that checklist omitted some verification around the USB-C implementation as it transpired that the wunder-kit had a few problems in the wiring department for the connector.

At the end of last month, Pi forum member 'scorpia' noted that the schematics for the machine showed only a single (Configuration Channel) CC resistor rather than one per channel. Scorpia worried that the missing resistor could make the Pi appear as an audio accessory and so not receive charge.

A blog followed warning that the detection circuitry at the Pi end of the USB connection would stop some types of power adaptors working with the device.

We suspect a loud "oh, bother" was emitted from Pi HQ as the findings were confirmed.

It's not a great look. Users already grumbling that their existing power connectors need replacing have hardly been mollified to learn that, hey, that notebook charger you've got? Doesn't work either. Naturally, the Foundation's own USB-C charger works a treat.

Pi supremo, Eben Upton, spoke to The Register last night to clarify things, telling us: "Raspberry Pi 4 has a compatibility issue with e-marked cables connected to 'smart' power supplies: we didn't wire up the CC lines on the connector in accordance with the standard, so these supplies tend to conclude that we're an 'audio adapter accessory' and decline to power us."

But what of all that testing that happened in light of the Pi Power Over Ethernet HAT furore? It transpired that "we didn't have any e-marked cables in our big bag of cables" and neither did the testers. Although Upton did ruefully tell us that "inevitably on launch one alpha tester immediately reported incompatibility with the MacBook charger."

A fix? Well, there isn't one coming from the Pi team in the near future and all Pi 4s are affected by the snafu. And for tweaking the board in future runs? Upton told us: "It will probably get rolled up into a design-for-manufacture spin of the PCB at some point."

The official advice is to get yourself something without that e-marked cable. An inconvenience for hobbyists, and certainly not ideal for those that bought the things in bulk. ®

Never uses computers because his peons do everything for him