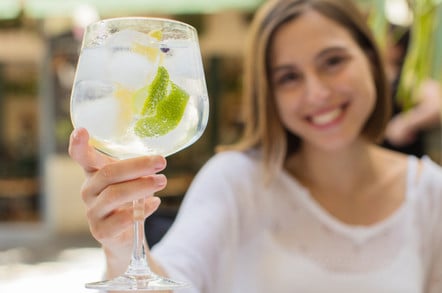 Roundup While wind kept Arianespace's Vega grounded, it was second time lucky for Russia's Meteor-M and a first 100 for Rocket Lab.

Scot-built sats hitch a ride to orbit aboard Soyuz

Russia sent up another another Soyuz last week, this time the 2.1b variant, carrying the Russian Meteor-M meteorological spacecraft No. 2-2 as its primary payload, and 32 other satellites (of which three were Russian academic CubeSats) as secondary payload.

The rocket, replete with a Fregat tug to send the satellites to their desired locations, launched from the Vostochny Cosmodrome on 5 July at 08:41 Moscow time. The Fregat did its thing, depositing satellites in one of three orbits: 828km at an inclination of 98.57°; 580km at 97.7°; and 530km at 97.5°.

The Fregat was then sent to rendezvous with the ocean.

The Meteor-M spacecraft (built by VNIIEM) is an Earth-sensing satellite, designed to image clouds, ice and snow cover, as well as detecting sea temperature and the state of the ozone layer. It'll be used to improve the accuracy of weather forecasts in Russia. It joins two other Meteor-M satellites, launched in 2009 and 2014 respectively.

Russia had a crack at launching a third Meteor-M spacecraft in November 2017 from Vostochny, but that didn't go so well with the second lift-off from the new facility leaving its payload in pieces rather than in orbit.

Two of the Spire Global spacecraft were developed under ESA's Pioneer Projects program. ESA described the pair as "tiny supercomputing nanosatellites", aimed at collecting and processing data on orbit rather than waiting for a downlink window.

For whom the wind blows (spoiler: it's Arianespace)

The 15th launch of Arianespace's new Vega, however, remained stubbornly attached to the Earth over the weekend as high-altitude winds above the French Guiana spaceport prevented the launch of the United Arab Emirates' FalconEye1 satellite.

The Vega entered service in 2012 following a lengthy gestation period and has an unblemished launch record. Wind seems to be a problem, though.

The solid-fuelled rocket, which is positioned firmly at the "lightweight" end of Arianespace's lineup, has been tasked with launching FalconEye1, weighing in at 1,197kg, to a helio-synchronous orbit at 611km. Another Vega will send up FalconEye2 later in the year.

The FalconEye system consists of two identical satellites in Sun-synchronous orbit (SSO). Each sat features an Earth observation payload, with very high-resolution optical capabilities. It is equipped with a ground system for monitoring, receiving and processing the images.

Following two postponements (on 5 and 7 July), the gang has given up for the time being. At least until the weather improves.

If wind is your thing, Shetland is your place. This, however, has not stopped plans for a test of a commercial launcher from Shetland's Baltasound Airport on 14 July (weather permitting).

Utilising a "rockoon" (following in The Reg's own footsteps, we might add) developed by Bristol-based B2Space, which has buddied up with the Shetland Space Centre (SSC), the eventual goal is to send a balloon up to a height of around 37km from where small satellites could be fired into orbit. The "near-space" environment could also be used to test spacecraft components.

The idea was floated by the US Navy in the 1950s as a way of having a launch platform above the densest part of the atmosphere.

The test launch of a smaller version of the balloon on the 14th will be aimed at checking that the outfit can operate in Shetland, according to B2Space co-founder Valentin Canales. It will carry instrumentation, a camera and a packet of botanicals from which SSC's sister company, The Shetland Distillery, intends to make gin.

Named for physicist Ernest Rutherford, the power plants are notable for being the first 3D-printed and electric pump-fed engines launched into space and produce a maximum thrust of 24kN. A Saturn V F-1 engine, in comparison, enjoyed a considerably meatier 6.77MN, but was a little trickier to build.

Unlike traditional engines, the primary components (such as the combustion chamber, injectors and propellant valves) can be 3D printed in 24 hours, making for considerably shorter production timelines.

Handy, because Rocket Lab has got through 70 of the things on Electron missions to date, the most recent being the "Make It Rain" launch.

While the company is keen to trumpet how quickly it can churn out its rockets, it remains tight-lipped as to when it will actually launch the next one. ®

Where's the money coming from to fund these sueballs, angry folk ask watchdog