I don't know but it's been said, Amphenol plugs are made with lead

That feeling when a government contract slips through your fingers 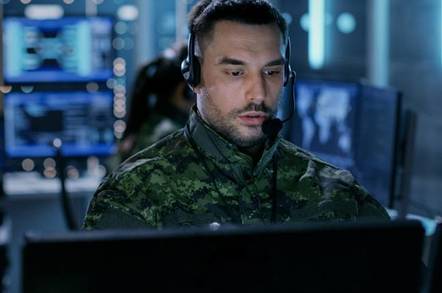 Who, Me? Tear your gaze away from the retreating rear of the weekend and instead look forward to another week filled with opportunity, adventure and, of course, The Register's Who, Me? Column.

Today's cock-up comes courtesy of reader "Terry", who told us of his time working in a data centre that served a number of high-profile customers, including a branch of the US military.

The military, of course, had its own router. A beast of a thing for the time (although now long discontinued) capable of flinging 720Gbps around a network.

Terry told us: "Cisco had done a beautiful job of protecting this router from idiots.

"There are two power supplies in the bottom of the chassis. The supplies are completely redundant so one is more than enough to keep things lit. Further, the supplies are recessed slightly so objects dropped from above cannot hit the power switches."

A Register reader turns the computer room into a socialist paradise

In this case, one of the power supplies had died. Nothing to worry about – the much-vaunted redundancy meant that things could keep on trucking until a replacement arrived and, heck, the router was a reliable old thing (busted power supply aside.)

On the day in question, Terry was working alone in the data centre, "laying cables into the overhead cable tray. One cable was a 25-pair with Amphenol connectors."

As Terry climbed the ladder, the cable slipped from his fingers.

Now, the thing to realise about this bit of wiring is that, as if by design, the connectors are just the right size to fit between the guard rails of that particular piece of Cisco's finest.

Frozen in horror, Terry "watched the cable do a slow-motion snake dance towards the Cisco. Did it hit the dead supply? Did it bounce off the switch guard on the good supply?"

Alas, no. "Luck wasn't with me that day. The router went dark."

As did a not-insignificant chunk of US military network infrastructure.

Terry observed: "You know things are serious when the phone rings within minutes of the problem occurring.

"This time, the phone rang before I could climb down the ladder."

"Oh, my initials aren't enough for this level of outage? OK. My name is XXXXX XXXXX."

Representatives of the military "showed up the next day and ripped out their circuit.

Of course, one could argue that it wasn't really Terry's fault. The blame could lie with Cisco for not considering this particular scenario. Or, and we're stretching things a bit here, perhaps keeping swappable spares in stock might make sense?

As for Terry, clambering up the ladder on his tod: "Truth be told, I shouldn't have been working alone. If a co-worker had been spotting me on that ladder we might have prevented this outage."

Ever had an "oops, butterfingers!" moment and taken out a government agency? Who, Me? needs to hear from you! ®