Plus, Florida Man out of a job for paying off hackers 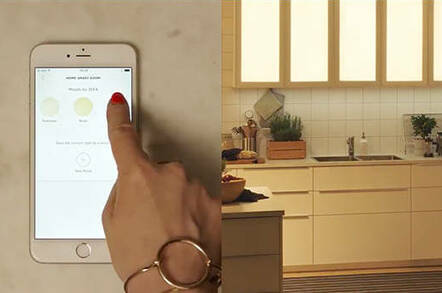 Roundup Between the plentiful beverages and copious amounts of meat, pretty much everyone in the US is hung over from Independence Day in one form or another, so let's jump right into the security news.

When is a backup not a backup? When it's for hacked Fibaro smarthome gear

Kaspersky's research team says combination of authorization bypass, remote code execution, and SQL injection flaws would allow an attacker to modify the cloud backups for a given Fibaro Home Center in such a way that, when installed, would allow for remote control of the entire smart home system.

Using a Kaspersky colleague as a willing participant, Cheremushkin's team said they were able to modify and re-upload a backup of the firmware. From there, the mark could be sent an email or other alert telling them to restore from a backup, loading the poisoned code.

"One of the main tasks of the device we investigated is to integrate all smart things so that the home owner could manage them from Home Center itself," Kaspersky ICS CERT team member Pavel Cheremushkin explained.

Fortunately, Kaspersky and Fibaro say the vulnerabilities have since been patched with no reports of attacks in the wild.

BlackBerry Cylance researchers say an hacking operation known as OceanLotus has rolled out a nasty new series of attack tools.

Known as RatSnif, the new kit is actually a series of remote access trojans that the OceanLotus crew is using to break into networks and steal data from targets in the Asia region.

An attempt by the Japanese branch of convenience store chain 7-11 to offer mobile payments took a disastrous turn this week thanks to a glaring security oversight.

Yahoo! News! Japan! reports that the 7Pay system, a smartphone payment app, was pulled just one day after its introduction because of a rash of account thefts and fraudulent charges.

The problem lay in the password reset system. The app allowed a user to armed with just an email address, date of birth, and phone number to not only reset a password, but have the reset message sent to a different email address without the owner getting any sort of notification.

As you might imagine, this lead to an almost immediate outbreak of thefts, as a bit of simple searching or social engineering would give an attacker everything they needed to hijack an account and then use it to purchase items at 7-11 stores.

The US state of Maryland says it has lost personally identifiable information on some 78,000 people who were enrolled in two of its unemployment assistance programs.

The Department of Labor said that earlier this year it believed some of its records had been exposed and called in the state's IT service. This lead to the revelation that one of the department's databases had been left accessible to the open internet.

"The files impacted on the unemployment insurance service database were from 2013 and possibly contained first names, last names, and social security numbers."

So far, the DOL says it has found no indications of a compromise.

Yet another local government has reported having its systems compromised by ransomware.

The state of Georgia has confirmed that part of the online records system for the state courts was taken offline after some of its systems were infected with ransomware. This, in turn, lead to servers being unplugged in order to quarantine them from the malware.

The state said that no personally identifiable information was being stored on any of the affected systems and all of the documents on this particular service were all publicly available.

Last week, word broke that the town of Lake City, FL, had opted to pay out a ransomware demand in order to get their data back. It turns out that decision is going to cost at least one person their job.

Local news reports that the mayor of the city has made the decision to terminate one employee who (presumably) was behind the decision to cough up the requested Bitcoin ransom rather than opt to wipe and restore the locked machines.

An Android app with around 100 million installs was caught serving up ads and making fraudulent purchases.

Researchers with Upstream said that the 4shared file sharing app has been running background code to silently generate false clicks for ad fraud and small purchases without user consent or notification. The fraudulent activity was traced to a component made by a third-party affiliate and has been offline since April. ®