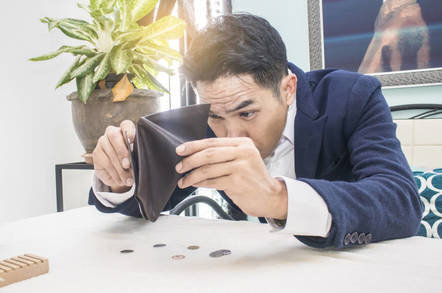 MapR, the struggling Hadoop data analytics firm and one-time unicorn, has missed its 3 July deadline to sell out or shut up shop.

At the end of May, MapR revealed in a WARN notice in California that it was two weeks away from closure.

In the missive, CEO John Schroeder confirmed he was considering two letters of intent to buy the business, but extremely poor – and unexpected – results in the first three months of the year had torpedoed negotiations to secure debt financing.

Schroeder said at the time that due to this unforeseen downturn, the "most prudent course of action" was to provide the notice under the requirements of the WARN act – a labour law designed to protect employees by ordering businesses to give 60 days advanced notice of site closures or layoffs involving more than 100 staff.

The 14 June deadline was extended to 3 July, according to a Datanami report on 18 June, which revealed MapR had signed a letter of intent to sell the company. The unknown potential acquirer was performing due diligence to see if it could consummate the deal.

If this process didn't complete successfully, MapR anticipated it would start layoffs and wind down from 3 July onwards. That date has now passed with no announcement of an acquisition or a third deadline. The company has a little more than 120 employees based in California.

However, Hadoop ran out of runway and MapR reimagined itself as a converged data platform, expanding into other areas including machine learning and app containers based on Kubernetes.

This is all a far cry from the halcyon days of 2017 when it had been planning to IPO.

Poor liquidity is the biggest killer of businesses, and if MapR hasn't managed to sort out its cashflow issues then it is also destined join the list of the dearly departed.

Given today is Independence Day, El Reg doesn't anticipate any resolution until tomorrow at the earliest. ®

IBM hooks up with Hortonworks to Hadoop Big Blue products