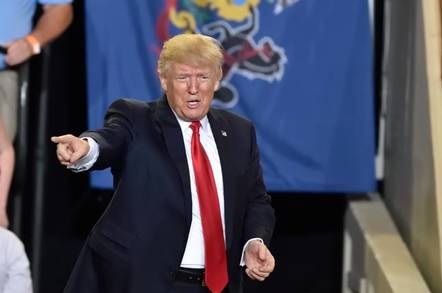 The US Department of Commerce is holding strong on the ban on US firms selling kit to Huawei, despite word from the White House that sanctions against the Chinese firm might be lifted.

A report from Reuters cites sources within the DOC who say staff members have been told by leadership that US companies are still prohibited from selling the Shenzen-based telecom Goliath certain components needed for the manufacture of communications equipment.

Staff have reportedly been sent an email reminding them that, under DOC rules, Huawei is still on its prohibited Entity List and chipmakers will still face the "presumption of denial" from agents when looking to sell to them. The email references Part 744, a document that outlines the strict review measures agents should take when dealing with Huawei and other companies that have been placed on the Entity List.

The Department of Commerce did not respond to a request for comment on the report.

Huawei has been banned from purchasing US goods since the company was put on the DOC's entity list in mid-May thanks to an emergency declaration from President Trump, citing concerns that Huawei's gear was being compromised by the Chinese government to spy on the US and steal intellectual property and trade secrets from private companies. No evidence for such claims has been made public.

The move effectively blocked a number of chipmakers and semiconductor companies from selling products to Huawei.

Companies on both sides of the Pacific were given renewed hope that sales would resume earlier this week when, following a meeting with Chinese president Xi Jinping, Trump seemingly suggested that the Huawei ban would soon be lifted amidst talks to end the ongoing trade war between the US and China.

The DOC's ruling, however, poured cold water on that notion, at least for now. The DOC is going to continue to operate as it had and agents have been instructed to continue to be skeptical of all petitions by US companies to be able to sell equipment to Huawei. ®