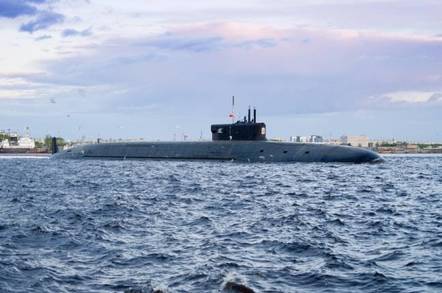 A Russian submarine, believed to be tasked with spying on foreign communications, has lost 14 crew members after a blaze broke out aboard the nuclear-powered vessel.

Moscow says, via state news agencies, that the sub Losharik suffered a fire that created toxic fumes resulting in the death of the crew members. According to a report from Russia's Interfax, flames broke out while the sub was probing the ocean floor in Russian territorial waters in the Barents Sea.

President Vladimir Putin has cancelled scheduled appearances in the wake of the tragedy, and is said to be meeting with his defense minister Sergey Shoygu. So far no word has been given on the risk of contamination from the ship's nuclear reactor though the fire is reportedly extinguished.

Earlier today America's Vice President Mike Pence cancelled a scheduled trip to return to Washington, DC, but so far there has been no confirmation that the move was in response to the Losharik disaster.

While Russia maintains that the Losharik is a submersible research vessel that carries out scientific work for its navy in the Arctic, Uncle Sam believes the sub is really charged with carrying out covert deep-sea missions for Moscow. In particular, it is believed that the extreme deep-sea capabilities of the sub could allow it to sever or tamper with undersea cables.

According to the US Naval Institute, the Losharik is part of the Main Directorate of Deep-Sea Research that handles extremely classified missions and answers directly to the Russian Defence Ministry, rather than the regular navy.

The submersible was rolled out in the late 1990s, but specifics about the design are sparse due to its secretive nature. USNI reckons it has a crew of around 25 and uses a series of spherical compartments for its interior walls, allowing the hull to withstand the pressure from diving to greater depths.

The incident would be the worst Russian sub disaster since the 2008 accident aboard the Nerpa, when a false alarm during a test triggered the fire suppression system and asphyxiated 20 people. ®