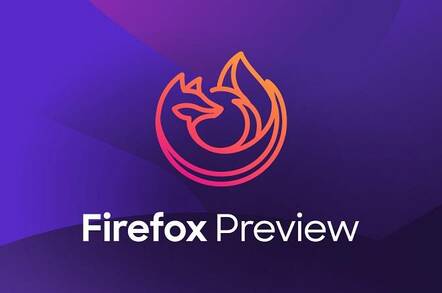 Firefox Preview brings together two Mozilla projects. GeckoView is a browser engine and an alternative to WebView for Android, a built-in component based on Chromium’s “Blink” engine. Mozilla Android Components is a set of high-level components for building browser applications. Firefox Preview, says Mozilla’s Dan Callahan, is “our first end-user product built completely with these new technologies.”

Mozilla’s Android browser offerings are confusing. There is Firefox for Android, the current mainstream version, which uses Gecko (Mozilla’s older browser engine) rather than GeckoView most of the time, though GeckoView comes in for certain tasks like Custom Tabs, where applications open web pages without opening the full browser.

There is also Firefox Focus, a privacy-oriented browser, which Mozilla uses to “split test between GeckoView and Android’s built-in WebView,” according to Callahan. And there is Reference Browser which uses GeckoView but is intended for developers rather than end users. Finally, Firefox Reality is a specialist browser for virtual reality headsets.

The company is now “halting new feature development” on Focus, Callahan says, though it may resume if there is demand. That seems unlikely though, since the new preview is meant to be more like Focus but with a complete set of features.

GeckoView is not entirely distinct from Gecko. Rather, it is “Gecko packaged as a reusable Android library”, decoupled from the user interface and with a cleaner architecture. This gives page load improvements of around 20 per cent, according to Mozilla.

Firefox Preview is available now in the Android Play Store and Mozilla promises “a feature-rich, polished version” towards the end of the year.

Mozilla said that Android browsers based on Blink are “reflective of Google’s decisions about mobile, Firefox’s GeckoView engine ensures us and our users independence.”

That independence is in the context of Mozilla receiving the majority of its revenue from Google for making it the default search engine in most of the world. Google was the default for Firefox Preview when we installed it, though privacy-conscious users may well prefer an alternative.

Firefox Preview does feature tracking protection on by default, as well as a feature called Collections which let you save groups of web sites. 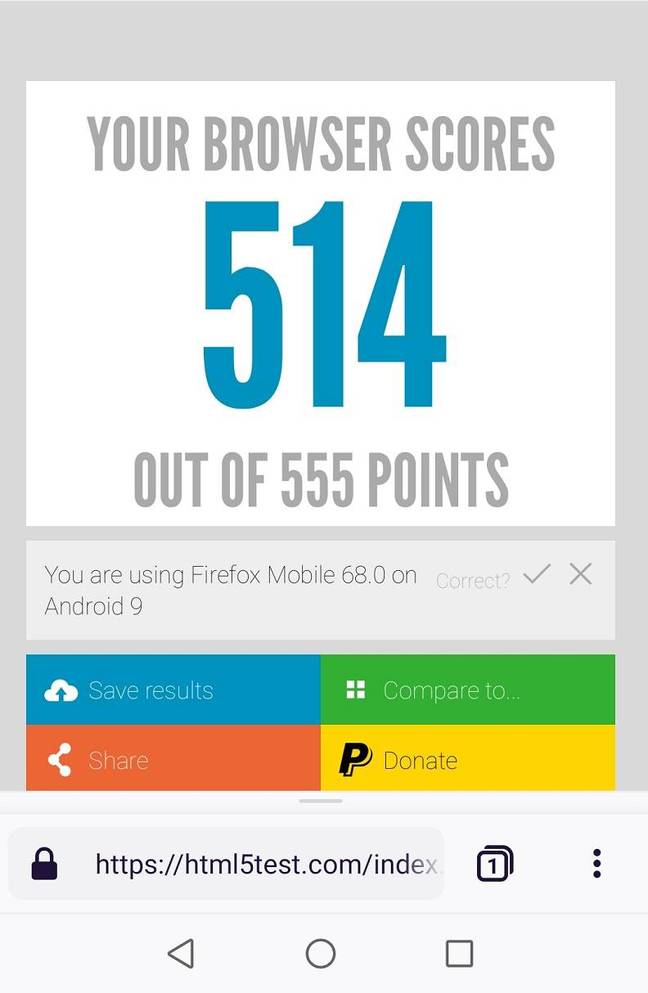 Firefox Preview gets a decent HTML5 score though behind Google Chrome which scores 530 on the same test.

The preview browser scores well in terms of standards compliance, though a little behind Google Chrome on the test site we tried.

Mozilla’s biggest problem is not the technology but rather how to wrest users away from Chrome. Firefox is at just 0.48 per cent for May 2019, according to Netmarketshare, while Chrome grabs 88.19 per cent. Operating system defaults are hard to overcome. ®

Web Security says there's nothing nefarious to its URL collection