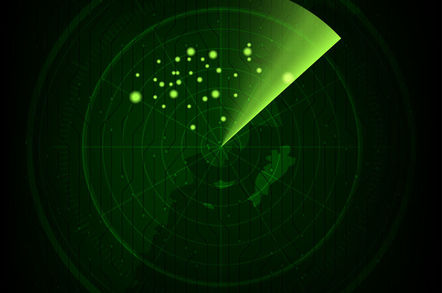 British drone fliers are either “clueless, careless or criminal”, according to none other than National Air Traffic Service's (NATS) head of unmanned traffic management.

Andy Sage made the bold statement to Parliament yesterday while giving evidence to the Science and Technology Committee of MPs. He was supposed to have been talking about the risks posed by drones to people.

While discussing ways and means of making drone fliers aware of rules, regulations and the need for permission to fly legally near airports and certain other places, Sage said: “NATS feels very strongly that a consistent means needs to be presented to the public. We regard drone users in, kind of, three categories: clueless, careless and criminal.”

As head of unmanned traffic management at NATS, which runs the vast majority of air traffic control services in the UK, Sage is in a highly influential position to shape rules on how current and future drones will be safely integrated into future air traffic control networks.

Drone users on social media were incandescent with rage at Sage’s off-the-cuff remark, which did amuse a number of the MPs listening to him judging by the laughter on the video.

Ian Hudson, of drone advocacy site UAVHive, told The Register: “Since the comments made by Andy Sage of NATS there's been a great deal of upset and anger expressed by both PfCOs [drone licence holders] and drone hobbyists on social media. The drone community feels very much under attack by the government and those advising the government. Andy's comment suggesting drone users were ‘clueless, careless and criminal’ offended the whole industry and was seen globally. Yet again it will make the UK appear ignorant.”

A penitent NATS told us: “We are very sorry that the vast majority of drone pilots, who are extremely responsible, have been offended by Andy Sage’s remarks to the Science & Technology Committee,” adding: “Andy’s comments were about the misuse of drones but it is clear that his words were inappropriate. NATS does not ‘categorise’ drone users and believes in fair access to airspace for all users who abide by the rules. We work closely with the drone pilot community and value their input enormously and we will ensure the Committee understands our position.”

Sage has since published a written apology on the NATS website. ®

British drone users will be subject to a mandatory registration database costing a minimum of £16.50, something which is also causing much wailing and gnashing of teeth in small unmanned aviation land. After Sage’s remarks, someone had a bit of fun…

A screenshot of the new #UK drone database has been leaked this morning... 🙊😋