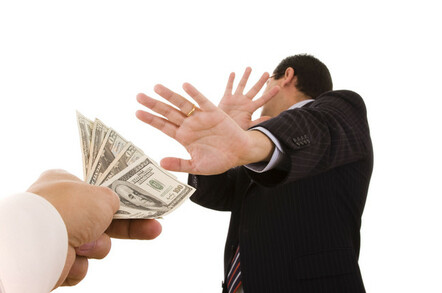 Microsoft finally joined the likes of Google and Apple and admitted that, yes, users might want more storage while also upping the security on its file shack.

Need more than 1TB? After years of begging, OneDrive users are finally going to get some more space. For a fee.

Once upon a time, Microsoft's cloudy storage was unlimited. The idyll was broken, however, when a few naughty users abused the company's largesse by, er, taking it at its word and shovelling prodigious amounts of data into the service. How much? As much as 76TB, said Redmond at the time.

Fearing that it may be taking on demanding users in a storage arms race, the company hauled customers' snouts from the trough and set a ceiling of 1TB per user. It wasn't alone. The likes of Amazon followed suit, pulling unlimited storage from all bar its beloved Prime members (and even then, it restricted users to photos).

While Microsoft's Enterprise customers had some options, normal paying customers could have no more than 1TB per user.

Things, of course, have moved on. Arch-rival Google will take £7.99 a month off you for 2TB of space. Heck, if your pockets are deep enough, 30TB can be yours for £239.99 a month (no, we're not sure how the maths works either). Even Apple, famed for its ability to extract cash from fans, has a 2TB iCloud tier for £6.99.

Microsoft, however, refused to budge. No matter how much its users pleaded or offered cash.

But last night the company finally accepted that, in the age of 4K video recording and ever higher pixel counts, 1TB of OneDrive space might not be enough. It has therefore finally added some storage tiers to take users up to the dizzying heights of 2TB. For Office 365 subscribers, of course.

Those paying for an Office 365 subscription will be able to add extra storage in 200GB increments, starting at $1.99 for the first block to $9.99 for the full additional 1TB.

Those who don't want Office 365, but do want OneDrive, will also see storage double from 50GB to 100GB in the standalone $1.99 plan, but won't be charged extra for the privilege by kindly old Microsoft. While UK pricing hasn't been shared, we can imagine that 100GB tier won't be far off the £1.59 charged by Google.

The company plans to roll out the new storage plan over the coming months.

Start the countdown clock for the first request for 3TB.

Vaulting over the competition with MFA

Along with the storage box-ticking exercise, Microsoft also added the concept of a "Personal Vault" to its cloudy storage service. A box-within-a-box, the Personal Vault needs some extra authentication for access, such as a fingerprint, PIN or code sent to a phone. Or, obviously, Microsoft's Authenticator app.

Once authenticated, it's pretty much business as usual as far as file access is concerned.

Microsoft said it reckons that, combined with the ability to send images directly into the Personal Vault from a device's camera, it'll be a handy place to stash thing like passport imagery or personal documentation.

The local storage used by Personal Vault is BitLocker-encrypted on Windows 10 PCs and the gang recommends enabling encryption on iOS and Android devices to make life harder for miscreants hoping to sniff around files on a stolen device.

The door of the Personal Vault will also slam shut after a user-defined period of inactivity.

The feature, curiously, is hitting Australia, New Zealand, and Canada first, with other countries being added toward the end of year.®