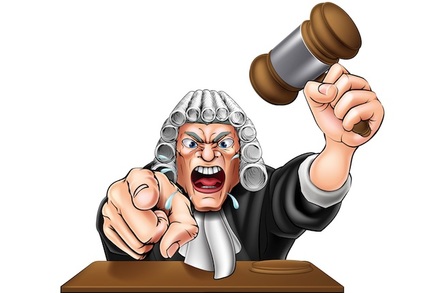 McAfee is suing former senior salespeople whom it alleges stole company trade secrets when they moved to a rival security vendor.

Tejeda is said to have moved to Tanium before convincing Kinney to follow, prompting McAfee to send a lawyer's letter "to remind Tejeda of the continuing obligations not to use confidential information" from the well-known antivirus security solutions firm – and to complain that he was breaking his contractual non-compete clause.

Tanium's lawyers wrote back informing McAfee that Coe, a former direct report of Tejeda's, would also be joining them. An evidently aggrieved McAfee then "commissioned a forensic analysis" of the departing sales crew's computers, allegedly discovering that Kinney had set up a Google Drive folder during her last week at the company.

The company claims she accessed it "concurrent with confidential McAfee files" and invited the US District Court for Eastern Texas to infer that she "copied information from files in those folders to the Google document." The firm also alleged she had sent an Excel spreadsheet named Deak Desk Deal Tracker.xlsx to her personal email account shortly before departure.

Similarly, McAfee said in its complaint that Coe "also accessed numerous confidential files while using unauthorized USB devices on his last day at McAfee," including a USB printer.

McAfee claims it paid Kinney and Coe "six figure base salaries" as well as bonuses, coyly admitting that Tejeda's remuneration would have "exceeded those of Kinney and Coe".

It was not explained in the court filings seen by El Reg why McAfee was apparently not enforcing straightforward security controls like preventing USB sticks from being used.

The case continues. You can read the original complaint here (PDF). ®