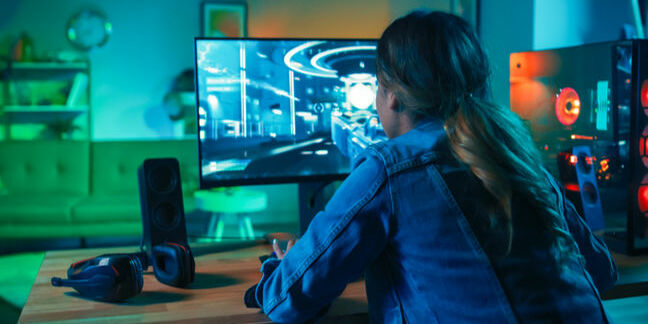 A dip in the Chinese economy and consumers exploiting lower-priced GPUs to upgrade rather than replace their desktop rigs has led to slowdown in sales of gaming systems.

In Q1 of 2019, IDC stats indicate shipments into the channel of gaming PCs fell 6.2 per cent year on year globally to 7.5 million units: desktops and mobile PCs were down 10.6 and 2 per cent respectively to 3.5 million and 4 million.

The analyst didn't quantify the extent of gamers upgrading their machines rather than swapping them out for newer ones, but insisted it was a thing. It said gamers had delayed mobile PC purchases to wait for the latest GPU advances.

Those oft-mentioned "macroeconomic headwinds" in the Middle Kingdom played a role too, IDC assured us.

The Chinese economy grew at 6.6 per cent in calendar 2018, its slowest climb since 1990. This was due to weaker trade sentiment across the country, a trade tariff war with the US and efforts to slash national debt that stymied economic expansion.

Many major tech vendors including Apple and Nvidia felt the negative impacts on their own businesses: Apple has seen its iPhone sales crash by double-digit percentage points in China, and Nvidia has already called out weakness in the Chinese gaming market.

And lest we forget, Nvidia has a ton of GPUs wedged in the channel that it can't shift as it wrongly bet large on crypto demand, and has been dealing with the consequences since last year.

Like most analysts, however, IDC preferred to look at the market with a glass half-full.

"Despite the recent downturn in the gaming PC market, we anticipate a rebound in the second half of the year as inventory issues clear out and new products hit store shelves," said Jitesh Ubrani, research manager.

He described adoption of Nvidia's RTX graphics cards as "relatively slow given the dearth of content" but many of the new gaming titles due to release support ray tracing and this might just tempt users to lighten their pocket.

Gaming desktop shipments are forecast to reach 15.4 million in 2019, monitors are projected to reach 6.8 million and notebooks 19.4 million. ®