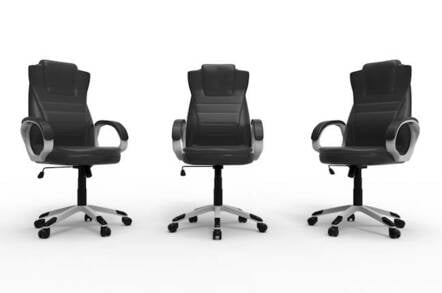 To lose one board member may be regarded as a misfortune, to lose two looks like carelessness, but to lose three?

The nature of the Board of Directors of open source foundations means churn is a normal part of life, indeed many open source board members can be swapped out at the whim of a community vote, as they should.

However, the Apache Software Foundation saw three members of its board hand in their resignations last month: chairman Phil Steitz, executive vice president Ross Gardler and, perhaps most significantly, co-founder of the whole show Jim Jagielski.

Jagielski had been approaching his quarter century of service and had enjoyed roles on the board including chairman and president over the years. He also laid claim to being the first new member after the original eight-member Apache Group.

Gardler, who signed up to Apache way back in 2000, spent just over two-and-a-half years as executive vice president, is currently toiling away at Microsoft on the Azure Container Service, while Steitz, a veteran of American Express in the early part of the century, is vacating the Apache Software Foundation (ASF) Chairman's chair after less than two years in the post.

While keen to emphasise the trio would be remain members of the ASF and laud their achievements over the years, the foundation also looked to the future, regarding the event as "a unique opportunity in the ASF's history to build upon the accomplishments of past Boards, apply new methodologies, and work through diverse perspectives."

After all, it was only back in March that the ASF was trumpeting the 20th anniversary of its creation and that of "The Apache Way", the open process behind the development of the Foundation's projects. It was also in March that nine individuals were voted in as board directors, including Jagielski and Steitz.

It has been a busy time for the ASF of late. The team completed a migration of its Git service to GitHub this year and now must deal with the departure of three board members.

Of course, the ASF isn't the only organisation to be on the receiving end of a resignation letter or two. Veteran Microsoft employee and, until a changing of the guard, face of the Windows Insider program, Gabe Aul jumped ship in favour of Facebook.

Aul joined Microsoft back in 1992 and dealt with telemetry before becoming the Group Program Manager of the Windows Performance Team during the Windows 7 development cycle. Aul remained with Windows, memorably thumping a big red button to emit a fresh preview build of the Windows 10 OS to eager testers.

After a ceremonial handing-over-of-the-button, Aul enjoyed life as a corporate vice president before taking sabbatical last year when, presumably, he decided that more than a quarter of a century of Windows was probably sufficient.

Aul revealed his arrival at Zuckerberg Towers in a tweet, but was tightlipped as to what he would be doing. However, the current Windows Insider supremo, Dona Sarkar, then cheerfully wished him luck at Oculus.

Super proud of our friend & mentor @GabeAul for joining @oculus.