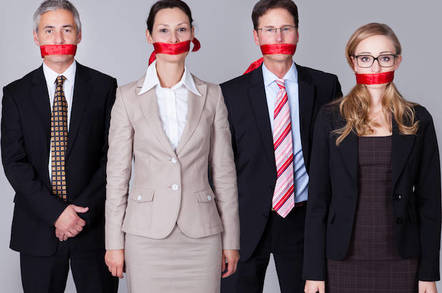 When Erik Brunetti in 2011 first tried to obtain a trademark for his clothing company FUCT, the US Patent and Trademark Office blocked his application.

The USPTO relied on a portion of the Lanham Act that allows trademarks to be denied if they "[consist of or comprise] immoral, deceptive, or scandalous matter."

So Brunetti challenged the decision in court.

On Monday this week, the US Supreme Court in a 6-3 decision affirmed a December 2017 decision by the US Court of Appeals for the Federal Circuit that found the act's trademark limitation violates the US Constitution's First Amendment guarantee of free speech.

Pointing at its own 2017 ruling in Matal v. Tam, which said the USPTO could not deny music group The Slants a trademark just because the term might offend some people, the Supreme Court told the agency in so many words to get FUCT on its registry.

"[T]he 'immoral or scandalous' bar is substantially overbroad," the majority opinion, from Justice Elena Kagan, reads. "There are a great many immoral and scandalous ideas in the world (even more than there are swearwords), and the Lanham Act covers them all. It therefore violates the First Amendment."

The problem with the Lanham Act's wording is that it covers not just lewd, sexuality explicit, or profane terms but viewpoints about whether something is lacking in taste.

Via Twitter, the American Civil Liberties Union hailed the decision as a victory for the First Amendment. "The government can't ban 'FUCT' from being trademarked because they consider it to be too ‘scandalous’ and ‘immoral,’" the advocacy group said. "That is, as the Supreme Court just reaffirmed, unconstitutional."

In her partially concurring, partially dissenting opinion, Justice Sonia Sotomayor expressed concern that the high court's ruling will unleash a flood of vulgarity.

"With the Lanham Act’s scandalous-marks provision, 15 U.S.C. §1052(a), struck down as unconstitutional viewpoint discrimination, the Government will have no statutory basis to refuse (and thus no choice but to begin) registering marks containing the most vulgar, profane, or obscene words and images imaginable."

As a brief filed by Brunetti's counsel John R. Sommer observes, the USPTO's denial of trademarks on the basis of vulgarity and immorality has been inconsistent, favoring some views and opposing others. Thanks to Monday's ruling, the bar for acceptable trademark terms is now a lot lower. ®