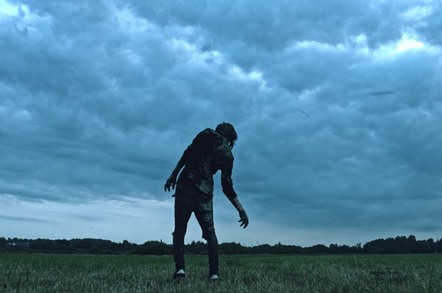 In an act of technological voodoo, bare metal cloud provider Packet has resurrected the IT trend that was last in the headlines circa 2015 - the microserver.

The company has designed its own hardware, based on the Open19 rack standard made popular by LinkedIn, and compatible with a choice of low-power Xeon and Epyc processors.

The platform is codenamed Packet19 and will be available to customers from August in three different flavours. Packet said it was created in response to feedback from users - especially those running lightweight workloads packed in containers based on Kubernetes.

Microservers have been making a push for the enterprise data centre for around a decade - Intel has been toying with the concept since 2009 and it received a major boost when system designers started considering the potential of Arm-based processors as server engines.

It was thought that large banks of relatively underpowered machines could be packed tightly into high density racks, serving scale-out workloads while consuming little power - the key metric was performance per watt.

In 2013, Moonshot, a microserver from HP, was billed by the company executives as the most important server invention in a decade – but the overall idea never made it off the ground. HPE still sells Moonshots, with the most recent model released in 2018, but it's the only major vendor: microservers as a general-purpose compute platform are dead.

That doesn't mean they couldn't find other applications – failed projects of yesteryear have begun to look like a perfect fit for edge computing, which relies on low-cost hardware platforms close to the end user. And edge is a big play for Packet.

The company will be offering three servers:

All servers were built in accordance with standards from Open19, an industry initiative started by LinkedIn in 2016, which is developing an alternative to a traditional 19-inch server rack.

In a classic Open19 configuration, servers are deployed as "bricks" in various form-factors, fitting inside 8U or 12U cages. The power supply has been removed from individual servers, and DC power is distributed at 12V from a power shelf using clip-on connectors. The design also does away with busbars.

"Fact: I am a serious hardware geek," CEO Zack Smith wrote in the Packet newsletter.

"But beyond enjoying spending time with friends in the Silicon and ODM/OEM ecosystems, Packet19 (our internal code-name) is about being the best in the world at 'subscale' deployments. We want to make it ridiculously easy – even enjoyable – for developers to deploy and manage custom hardware anywhere.

"Just like hyperscalers before us, in order to do this cost effectively and at a global scale, we have to reinvent hardware and data centers just a bit."

Separately, the company has announced that its CTO, Ihab Tarazi - who arrived from Equinix a year ago - has just moved to Dell, where he will serve as senior veep and CTO of networking and solutions. His replacement hasn't been named.

"While we are sad to see him go, we realise sometimes the perfect gig comes around and you just have to jump at it," Smith said. ®

Hyperscale oligarchs to rule the cloud as the big get bigger, and the small ... you won't care

Hyperscale data centres win between their ears, not on the racks

Operating at scale is easy. Changing culture to accept and cope with failure is harder