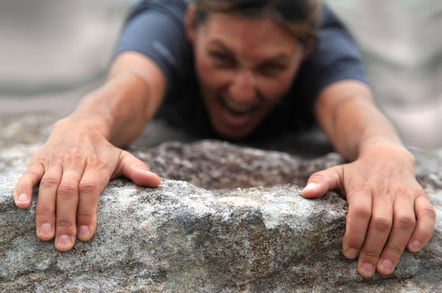 The Edge gang has finally grafted versions of Microsoft's take on Chromium into Windows 7, 8 and 8.1.

The release, which follows an official macOS build, comes the same day as competitor Vivaldi released version 2.6 of its own Chromium-based browser, which also supports Windows 7 and 8. Unlike Edge, however, Vivaldi also supports Linux.

Users of Microsoft's soon-to-killed Windows 7, already-dead Windows 8 or on-life-support Windows 8.1 can pick up daily Canary builds now with more stable weekly Dev channel emissions to follow. Microsoft reckons the experience of the preview code will be "largely the same" as on Windows 10.

However, there are already some known problems with the build. Dark Mode doesn't work, which will garner either a shrug or a wail of anguish depending on where you stand on screen aesthetics, and, more significantly, Azure Active Directory sign-in isn't supported.

The latter issue is potentially more significant for enterprises looking to use the browser as part of a migration strategy to Windows 10, as Microsoft hopes.

The Edge team are therefore working to deal with the problem, and a fix is estimated to land "soon".

Microsoft also expects that by smearing Edge over more operating systems, developers will face a less fragmented surface to target. A build for the Arm version of Windows 10 has also been sighted in the wild (and by us, running on a Snapdragon-powered laptop at Microsoft's Build event) but has yet to be officially released. The team is still pondering a Linux build.

After years of pretending that Windows 7 didn't exist, the Edge team raised a few eyebrows by announcing support for the venerable OS with its new Chromium-powered browser, even as the countdown to end of support ticked louder. Internet Explorer 11, released in 2013, was the only Microsoft game in town on Windows 7 and allowed arch-rival Google to run riot on the platform with the more modern Chrome.

But Microsoft's obsolete OS largesse only goes so far. Hopeful Windows XP users hitting refresh on the Edge download page are likely to be disappointed for the foreseeable future. ®